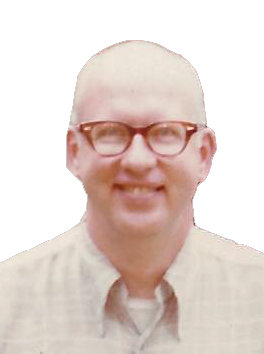 Our uncle and friend, Robert “Bob” Smith, age 88, passed away on Sunday, September 6, 2020, at the Laurels of Willow Creek in Chesterfield County, Virginia. He was born in Morgantown, West Virginia, on November 7, 1931. He was preceded in death by his parents Homer Lee Smith and Wilma Marie Courtney Smith and his older sister Nancy Anne Smith Chappell (John).

He graduated from Petersburg High School and attended the University of Virginia. He retired from the U.S. Army Reserves as a Lieutenant Colonel in the Transportation Corps.

Bob retired after a 47-year career from Bob’s Hobby Center in 2004, originally located on Cary Street then at Willow Lawn Shopping Center in Richmond. He was well known for his knowledge and skill in model railroads, model ships, and military models.   He enjoyed helping and sharing his enthusiasm and expertise of these hobbies. He inspired family members and many of customers to enjoy and a lifetime of these hobbies. Bob was a life member of the National Model Railroad Association, member of the Old Dominion Chapter, National Railway Historical Society, and Founding member of many organizations including the Richmond Chapter of the International Plastic Modelers’ Society, Richmond Freelance and Prototype Modelers Club, Central Virginia Model Railroad Club, and the James River Division of the National Model Railroad Association, and numerous other professional societies.

A private graveside funeral service will be held at Blandford Cemetery, Petersburg, VA.

Due to Covid-19 a memorial celebration of his life will be held at a later date.