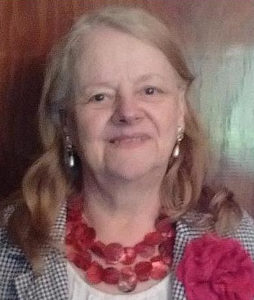 BRITTLE, Alicia Svec, of Richmond, Virginia passed away peacefully at St. Mary’s Hospital  on August 10, 2019, a victim of breast cancer. She is survived by her husband Gerald Brittle whom she married fifty years ago at St. Patrick’s Cathedral. Born on August 13, 1945 in Queens, New York, Alicia was of Czech heritage, preceded in death by her parents, Henry and Albina Svec of Prague, who had escaped the German occupation in 1938. Her uncle, Archbishop John Bukovsky, a member of the Roman Curia,  worked intimately with Pope John Paul II and President Reagan in the demise of the Soviet Union, and was later named papal nuncio to Russia.

A life-long Catholic, Alicia was passionate about her faith, and attended St. Andrew Catholic School in Roanoke, Catherine Spalding University in Louisville, run by the Sisters of Nazareth, and then earned a Masters degree from the Patterson School of Diplomacy at the University of Kentucky. In life she taught high school at Notre Dame Academy in Manhattan, and was later a professor of political science at the University of Hartford. After moving to Virginia she held positions at the McGuire Woods law firm and  in the commercial banking division of BB&T. Until her death she administrated the affairs of the Saint Thomas More Society, a guild of Catholic lawyers, as well as working closely with the Little Sisters of the Poor in Henrico county.

Politically, Alicia was a highly active force in the Republican party of Virginia. She was the administrative assistant to Lt. Governor John Hager and seventh district treasurer to Congressman Eric Cantor. She served on the board of the Family and Children’s Trust Fund where she squired through legislature for a dedicated Kids First license plate in response to violence against children. She was a past president of the James River Republican Women’s Club and a respected member of the Virginia Federation of Republican Women. Alicia was a sincere, caring, and energetic woman who, through her faith and actions, lived her life in true fidelity to God’s will.

Cherished friends are invited to a private viewing on the evening of August 15 at the Affinity Funeral Home from 7-9 pm at 2720 Enterprise Parkway, Richmond. A Mass of Christian Burial will then follow at 10am on Friday August 16, 2019 at St. Benedict Catholic Church, 300 North Shepherd Street, Richmond, Virginia.

In lieu of flowers, a modern GoFundMe page, has been devised to accept donations for relief of the substantial medical and funeral expenses the family has endured, or if preferred such considerations can safely be sent by mail to Alicia Brittle Memorial, 2711 Buford Road, #204, Richmond, Virginia 23235.