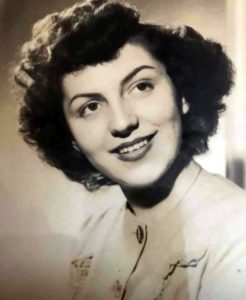 Audrey was born in Monticello, Iowa on June 19, 1927 to Charles and Hilda (Gardner)Podhaski. She graduated from Monticello High School in 1945 and joined her husband, Les Schatz at Iowa State University in 1947. They were called to active duty by the USAF in 1951 and retired in 1971. They then moved to Virginia and Texas where he worked for Texas Instruments and Raythion Corp. They retired in 1993 and moved to Myrtle Beach, SC.

Audrey enjoyed life fully, her marriage of 71 years, and spending time with her family. Survivors include her four daughters, Cynthia, Leslie, Kathy, and Sandra; ten grandchildren; 7 great-grandchildren; and her brother, Jeff (Carole) Podhaski. She was preceded in death by her son, Tom; her parents; and four sisters, Wanda, Betty, Patty and Judy.

Audrey Ann Schatz passed away Sunday, May 5, 2019 in Richmond, Va. at her daughter’s home after suffering briefly. She was provided comfort and services by her family, Heartland Hospice of Richmond, and Affinity Funeral Service.

Interment will be in Monticello, Iowa at a later date.