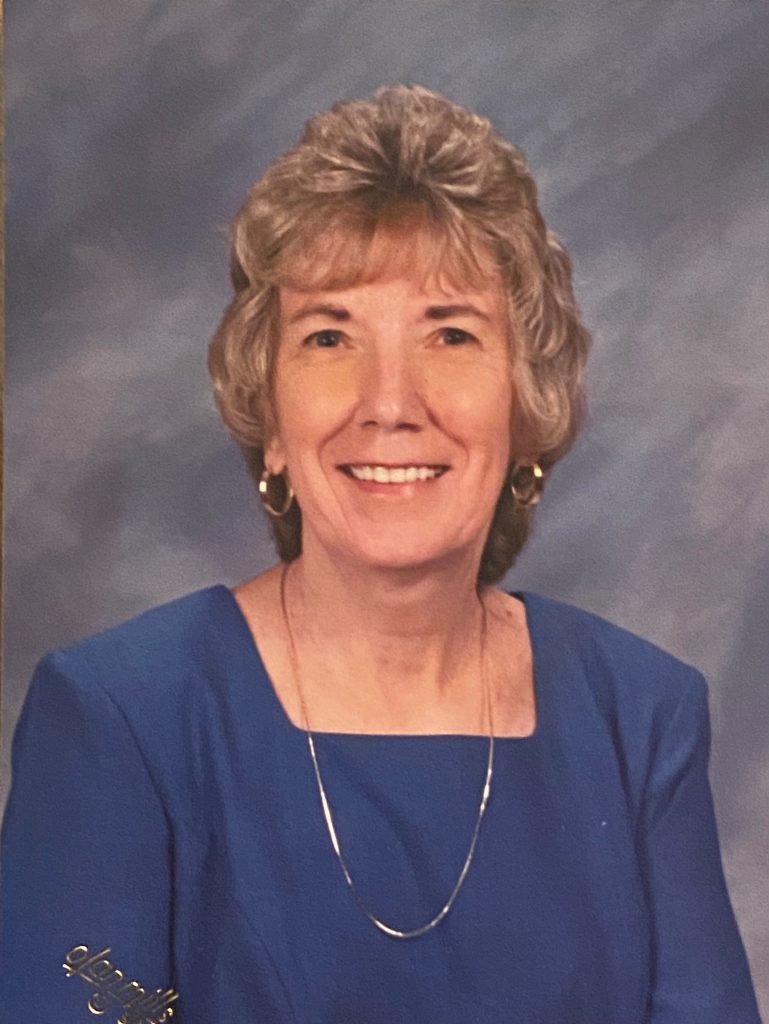 Barbara J. Norton was born August 4, 1940, in Rhinelander, WI to the late Toivo J. and Mildred E. Takala.  She lost her battle with Alzheimer’s disease on February 4, 2022, at Our Lady of Hope Health Center in Richmond, VA.

Barbara had a passion for her family and was a devoted wife, mother, and grandmother.  She created a warm, loving, and supportive home where she and her husband raised their four children.  Her children all feel truly blessed by the love and support they had from her while growing up.   Barbara was also an avid reader, and it was this love of reading that led her to obtain a degree in library science. Utilizing this degree, she worked until retirement for many years as a librarian for the Bedford County School System.  Reading was so important to her that after retiring she volunteered to help teach adults to read and the license plate on her car read “READ ON”.  After retirement she also founded a Christian, classical library at the former Bedford Christian Academy, where she also served as a weekly volunteer librarian.  Her lifelong faith and the Catholic Church also played a very important role in her life.  She moved with her husband across the south for many years and was an active member of her local church everywhere she lived.  As a member of Holy Name of Mary Catholic Church in Bedford, VA for many years, she was instrumental in setting up the church library which is still being used today.  She also enjoyed many different types of craft work and her volunteer work for the Pregnancy Center in Bedford, VA was an important part of her retired life as well.

Barbara was preceded in death by her husband of 32 years, David Michael Norton; and grandson, Randy Scott Evans.

A Funeral Mass will be held on Friday, February 18, 2022, at Holy Name of Mary Catholic Church in Bedford, VA at 1:00 pm.  The family will welcome friends and loved ones from 12:00 pm to 1:00 pm prior to the service.  A private, family interment service will be held at Longwood Cemetery in Bedford, VA following the Funeral Mass.