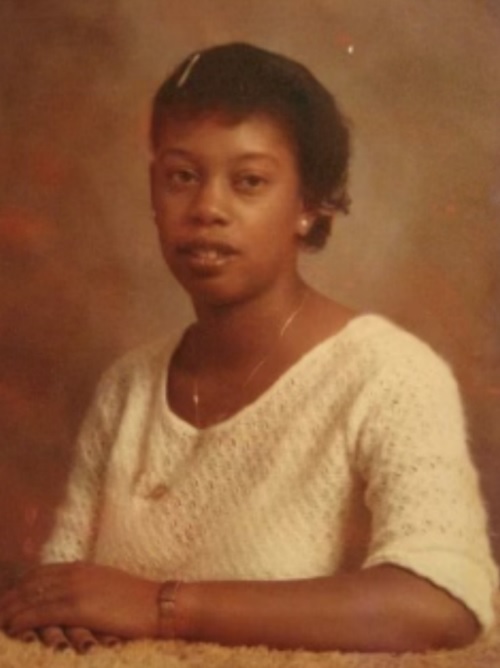 Belinda Yvette Jackson transitioned to eternal life on July 24, 2021. Born on May 11, 1962, she was the daughter of Leon and Marie Anderson who preceded her in death. Also preceding her in death, her brother, Daryl Anderson.

Yvette, as family and friends called her, was baptized at Mangohick Baptist Church and accepted Jesus as her Lord and Savior at a young age. She spent her childhood in Caroline County and Washington D.C. She later resided in Chesterfield, VA with her husband and children before relocating back to Dawn, VA in 1987.

Yvette held a variety of jobs as a young adult, most notably at the Marriot in downtown Richmond. She became a wife and mom early in life and was a homemaker for many years.

In the beginning there was Belinda, she became “Yvette” later on in life, affectionately referred to as “Little Yak” when she was ready to read someone his or her rights. In her early homemaker years, she was known to welcome her cousins visiting from New York into her home. She’d make sure the house was clean and wanted nothing more than to ensure they were comfortable.

Yvette was known for her “tell it like it is” personality and infectious laugh. She loved her family and even earned the title “protector” as she fiercely stuck up for her younger siblings and cousins. She was quite resourceful, often earning modest pay by participating in online surveys.

A viewing will be held from 5 to 8 pm Friday, July 30 at Affinity Funeral Service, 2720 Enterprise Pkwy, Richmond, VA 23294. A funeral service will be held at 5 pm Saturday, July 31 at the funeral home chapel. Interment will be private.