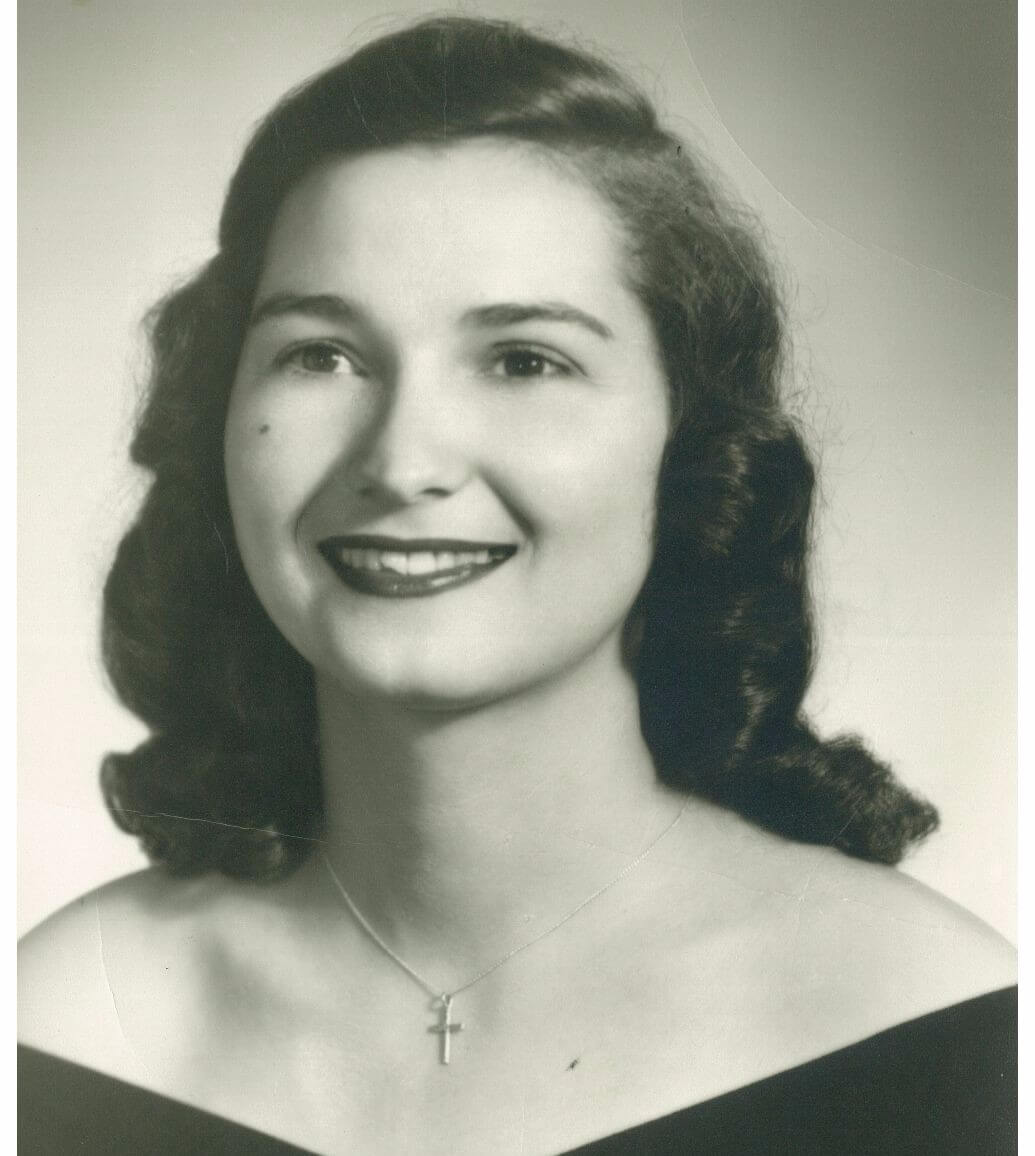 Betty Jean Bond departed this world Monday, May 29, 2017. Her last days were peaceful with her children by her side.

Betty Jean Craig was born in Columbus, Georgia in 1932. She was one of nine children, the daughter of Charles T. Craig and Celeste Moran Craig Smith. Betty Jean was smart, beautiful, a lover of music, and always interested in educating herself.

She went to Bishop Toolen High School and then studied at the Sacred Heart Academy in Cullman, AL. BJ entered the workforce at the Hanson Galleries furniture store, but then moved to the Nehi beverage company where she worked her way up to be the assistant to the president.

Her school friend, Vince Dooley, introduced her to Lieutenant Jim Tait, thus started her primary career as the matriarch of the Tait family. Betty Jean and Jim were married for 30 years and had 6 children. Later in life she married John Bond, who sadly passed away only a few years later.

That is when Betty Jean began to pursue her passion as a healer and a spiritualist. She graduated massage therapy school in her fifties. She continued her study of the many disciplines of healing and religion in a quest for knowledge and compassion. Betty Jean’s deep understanding of the metaphysical certainly helped her through her transition to the other side. All of her unanswered questions are now being answered. Her spirit will continue to inspire her children, grandchildren, great grandchildren, and all the many other souls she has touched. Her greatest gift is her thirst for knowledge and understanding, to always keep learning and stay curious about life.

A memorial service will be held at 10am Friday, June 16 at St. Michael’s Catholic Church at 4491 Springfield Rd, in Glen Allen, Va. The family will be receiving guests starting at 9am, with a reception until Noon. Condolences can be sent to 12421 Stone Horse Court, Glen Allen, Va 23059-5324.

In lieu of flowers, donations can be sent to the James River Association, details at https://jrava.org/join/.