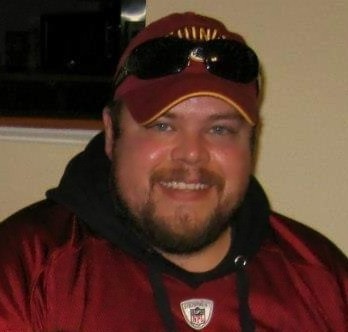 Branden Paul McNeely, 43 of Goochland, Virginia died on Friday, September 30, 2022.  He was an incredible husband, father, son, and friend. Branden’s family was his focus, and they will miss him greatly.

Branden spotted the love of his life, Jennifer, while she was working and asked a mutual friend to share her number. They chatted for hours about every possible topic like they had known each other for years, and once she saw the bright blue eyes behind the voice, they instantly connected. Thus began their “Climb to Safety”.

If you knew Branden, you know he always had music playing. Throughout Jennifer’s pregnancy, he put headphones on her growing belly so the baby could have a head start appreciating all kinds of tunes. From the moment his beloved daughter Kinzie was born, she was surrounded by music and he ensured she knew the words to every Widespread Panic song (greatest band ever). He and his daughter were close, and he was full of stories for her, whether they were from his life, history, or the lyrics of a song he had just heard.   “Ain’t Life Grand”

Branden was happy with a fishing pole in his hand, especially on the Outer Banks.  He could wait for hours for a bite, get a sunburn, and smell the salt air. “Bear’s Gone Fishin’” On Sundays you were likely to find him in front of the big screen watching NASCAR or rooting for the Redskins.  Branden could have fun anywhere, and he always wanted to make sure the people around him did too.

Branden was a 1998 graduate of Hopewell High School.  He is survived by his devoted wife, Jennifer; daughter Mackinzie; parents Gary McNeely (Bonny) and Marcia Fisher; sister Cynthia (Jason Carpenter); nephew Elijah; and many other relatives and friends.

As he requested, a celebration of his life will be held at a later date. “Makes Sense To Me”