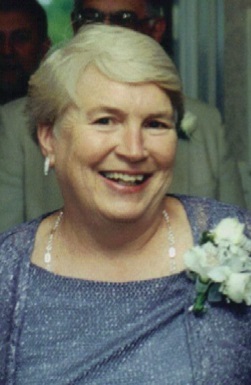 Carol Traylor Jones of Glen Allen, Virginia, departed this life on February 27, 2020, after a long battle with cancer. She was 75 years old and passed peacefully at home with family.

Carol is survived by her husband, Robert (Bob) Jones; her son, Wesley Jones and his wife Tracy Jones; a daughter, Wendy Hamann and her husband Michael Hamann; her older brother Ben David Traylor; three grandchildren, Molly Carol Hamann, Evan Hilts Jones and Benjamin Michael Hamann; many nieces, nephews and cousins; and her faithful companion of many years, Bubba the Cat.

Family was important to Carol and she hosted countless family gatherings were she would delight us with delicious meals! Carol’s church, Lakeside Baptist, was a huge part of her life, and she served many roles there. She was a Sunday School teacher and leader for youth groups like GA’s. Mission work was important to her, and she was a leader in WMU. Her parents, Ben & Ruby Traylor, were founders of Lakeside Baptist, and she grew up there. She raised her children and grandchildren there, too.

In lieu of flowers, donations may be made to Lakeside Baptist Church or American Cancer Society.