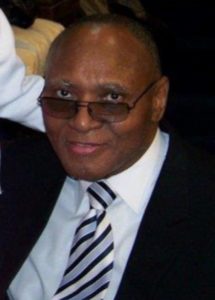 Charles attended school in Hartsville, SC where he graduated from Butler High School.  After his term in the United States Army he relocated to the Washington DC metropolitan area.  It was there where he met and married his devoted wife Dorothy M. Robinson.  They were blessed to rear five children together.

A visitation followed by a brief memorial service will be held at one o’clock in the afternoon on September 4, 2019, at Affinity Funeral Service. Interment will be private at date to follow.