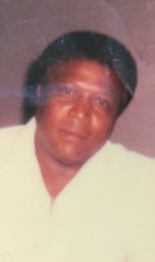 Clifton Demery was born on November 5, 1939, in Enfield, North Carolina. He passed away
peacefully on December 11, 2022, at the age of 83 at MCV Hospital in Richmond, VA. He
was studying with Jehovah  Witness.
He was educated in the public schools of Enfield North Carolina. He left his hometown and moved
to Richmond, Virginia where he met his wife Rosebud. He worked at High-Grade Meat Company
for several years and then decided to venture out and started his own business Demery’s Fence Company. From that day on he was always known to say “Demery here”.
He loved working out in the yard planting flowers, gardening, and building things. He built his little girls a playhouse in the backyard so they could play grow-ups. He was a very kind and giving person. Demery was a man who could never say no to someone who needed a helping hand.
He was preceded in death by his wife, Rosebud (Robinson) Demery; parents, Coley Demery and Hazel (Wheelous) Davis; sister, Florene Abraham; and brother Clarence Demery.He leaves to cherish five daughters, Sandra Wallace, Diane Cox, Cynthia Person, Carolyn Demery and his baby girl Denise Demery; sisters Vernell McLaurin, Maxine Braswell, Gloria Jean Caudle, Marie Vaughan (Joseph), and Annette Williams(Donell); brothers Coley Demery Jr (Lynda), Kenney Demery(Cynthia) and Milbert Demery(Helen); five grandchildren; three great-grandchildren; along with a host of nieces, nephews, cousins, friends, and a devoted caregiver Donna White.