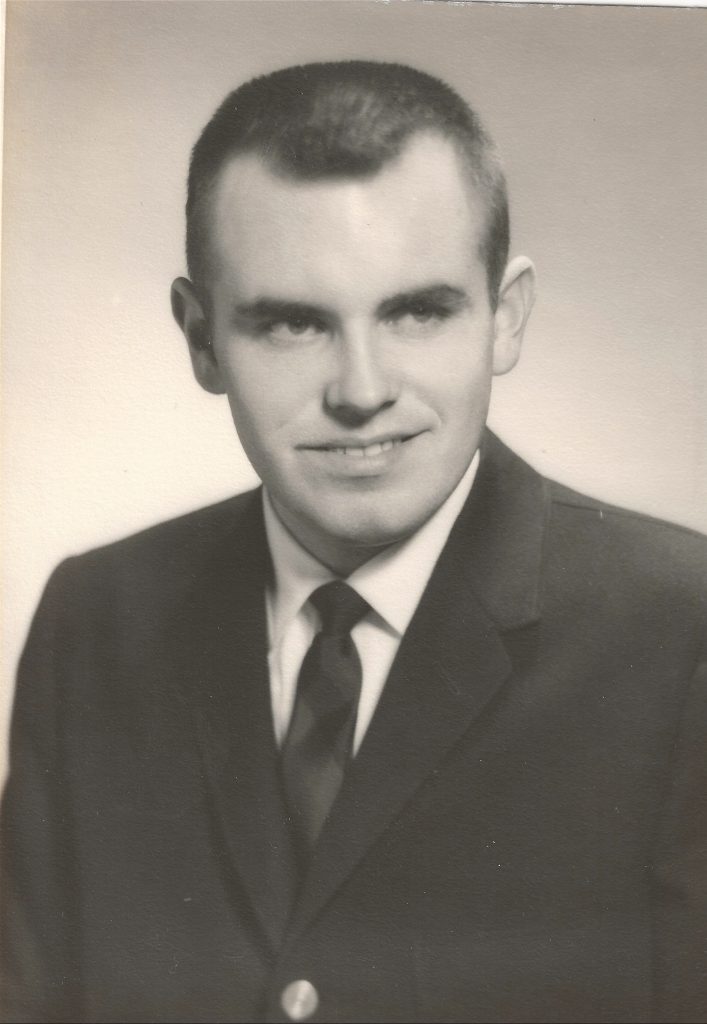 Daniel (Dan) Joseph Brosnihan, III died of complications from congestive heart failure on December 2, 2021.  Dan was born and raised in Worcester, MA to Daniel and Hazel Brosnihan. He graduated from Worcester Polytechnic Institute in Worcester, MA in 1963 with a degree in Electrical Engineering. After graduation, he moved to Washington, D.C. to begin a 34-year federal civilian career with the Department of Defense. He married his wife of 52 years, Virginia “Ginna” Froelich Brosnihan, on May 24, 1969.

Dan was an engineer by trade, but a craftsman and an artist at heart. He was a self-taught carpenter, mason, painter, and florist. Over the years, Dan built everything from elaborate dollhouses, rocking chairs and lemonade stands for his children to carports and fully enclosed sunrooms for his home. In his younger years, he enjoyed growing vegetables and tending to his flowers. As he grew older, his focus shifted to ensuring that he had the best hummingbird nectar and bird feed on the block. Dan and his wife, Ginna loved to bowl and played in a local league in Annandale for many years. Dan loved the Redskins. He and Ginna were season ticket holders for over 30 years. They were both die-hard fans despite the team’s perpetual mediocrity. To say Dan was a car enthusiast doesn’t quite do justice to his innate ability to identify any car on the road by make, model, and year. Dan could map every event in the timeline of his life by the car he drove and could recall the details about a person he knew or met by the car they drove. His vehicular pride and joy was the Corvette Stingray convertible he purchased new in 1966, which remains in the family to this day. After purchasing the Corvette, he was quite active in the DC area Corvette enthusiasts club for several years. Dan was a Barcroft Dolphin, volunteering his time as a referee, timer, and starter for the swim team. Dan adored his grandchildren, who they called “Da.” He loved snuggling up in his recliner with them to hear about their school day or their trials and tribulations at various recitals and sports events. Not surprisingly, he especially loved cheering them on at their Cub Scout Pinewood Derby races each year. Anyone that knew Dan, also knew about his insatiable sweet tooth. His grandchildren would often giggle and joke about guarding their loot when eating dessert or candy – because there wasn’t a sweet that “Da” could resist, and he would always manage to sneak a bite when they weren’t looking.

Dan was a friend to many, providing guidance and counsel to those struggling in their darkest hours.  Dan’s wife Ginna preceded him in death in July of 2021. He is survived by his daughter Debra Brosnihan, son Daniel (Carolyn) Brosnihan, grandchildren Kyla, Patrick, and Declan Brosnihan, his sister Gail (John) Walsh, brother Kevin (Faye) Brosnihan, and many nieces, nephews, and cousins.