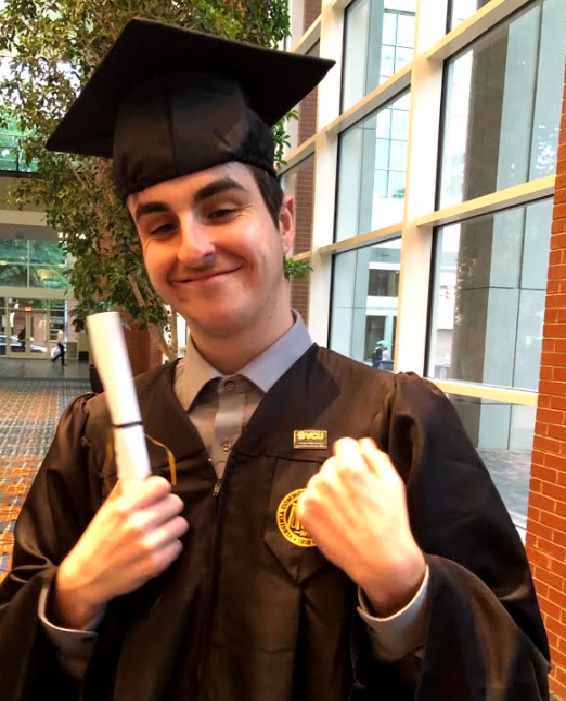 Daniel was the youngest child of Teresa and Robert Giorgi. He was born June 22, 1997 and graduated from Monacan High School in 2015. He went on to graduate from Virginia Commonwealth University (VCU Richmond campus) in 2019 with a BA in criminal justice.

Daniel was a friend to everyone he met. He loved to make people laugh.

His life was never far away from the ice. He started playing hockey at three-years-old at the Richmond Ice Zone and continuously played on competitive teams, including the Richmond Royals. Most recently he was one of the youngest players on the Grumpy Old Men hockey team where his father also played.

They played together with a fierce competitiveness.

During his life he also worked and refereed at the Richmond Ice Zone.

Every year, starting at age five, Daniel’s  father would take him and his brother Anthony to New York so they could watch the Yankees play baseball and the Rangers hockey.

Daniel had scores of friends and they loved music (Bass House), festivals and playing ultimate frisbee along the James River.

He was learning to cook and was getting creative in the kitchen. He was always open for a new adventure, but also loved spending simple time with his family.

Daniel is survived by his loving parents, Terri and Bob Giorgi; sister, Kristen and Soren Burke and their children Lucy June, Asher Anthony and Mia Rose of Glen Allen; sister, Melissa of Richmond; brother, Anthony and his significant other, Kelsey Webster, both of San Diego.

There will be a private family mass at the Epiphany Catholic Church, Richmond.