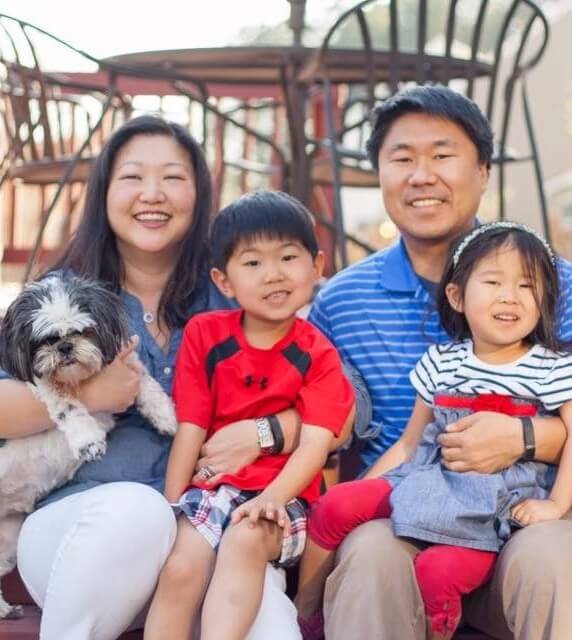 CHO, Mr. Daniel W., 40, of Glen Allen, Va., died on November 17, 2017, after a long battle with dedifferentiated liposarcoma, a rare soft tissue cancer. He is survived by his wife of 10 years, Hedi H. Cho, along with his two children, Cooper and Collette, and shih tzu Timmy. He is also survived by his parents Chang W. Cho and Soon W. Cho and his older brother Richard W. Cho, sister-in-law Jennifer Cho, niece Sophie and nephew James of Boston, MA. Daniel was born on February 20, 1977 and grew up in Fairfax Station. He attended James Madison University and earned his executive MBA from the Darden School of Business at the University of Virginia. During his life, Daniel loved fiercely and loyally. He loved flip flops, Orioles, UVA sports, poker – and especially the loves of his life, Cooper, Colly, and Timmy. Most importantly, Dan loved effortlessly, expressing his love with everyone openly and honestly, without fear of looking emasculated or weak. Daniel was anything but weak. He worked hard and fought hard, especially for more time and for making the time he had matter. He endured endless battles with his many cancer treatments and bravely and courageously faced each one. His cancer battle is one that stands apart as one of the most epic battles of all time. While it was undoubtedly a big part of his last two years, it did not define him or lessen the person he was for the first 38; it did not make Dan love any less or work less hard. If anything, it further showed the amazing strength, selflessness, and resolve he possessed. Although his time was brief, it was important to him that his children learn how to perform acts of kindness for others in the way that so many people did for him. A memorial service will be held for him at Affinity Funeral Service on November 20, 2017 at 3:00 p.m.