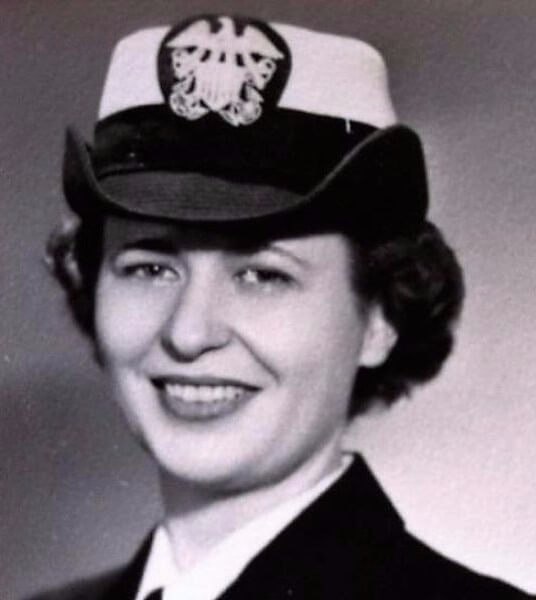 Darlene Bonine Murphy, 93, of Norfolk, VA, passed away peacefully, Monday morning, May 15, 2017 at her daughter’s home in Glen Allen, VA.

Darlene was born October 14, 1923 in Wakita, OK to Floyd and Jeannette Bonine. She graduated nursing school in 1944 from University Hospital in Enid, OK then commissioned into the United States Navy where she served as a Navy Nurse until her honorable discharge in 1956. Despite her conventional medical training, she remained a steadfast advocate of homeopathic remedies influenced by her childhood interactions with Oklahoma’s Native American population. Darlene loved gardening and observing the birds, squirrels, and other wildlife around her and would never pass up a good deal at the local thrift store.

She is survived by her three children, Dennis Murphy and Beth of Stafford, VA, Jennifer Murphy of Glen Allen, VA; Eleanor Mosholder and John of Norfolk, VA; four grandchildren and four great-grandchildren; several nieces and nephews and other family members.

A memorial service with military honors will be held at 11 a.m. Saturday, May 20, 2017 at Affinity Funeral Home. The family will receive friends one hour prior to the service. A service to bring her ashes to rest in her birth state of Oklahoma will be announced later.