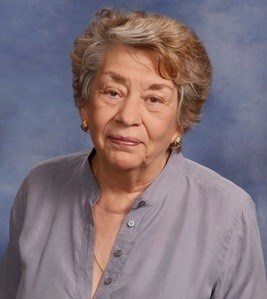 DOYLE, Dawna Sharon, passed away peacefully on March 14, 2021 at Westminster Canterbury Nursing Care Community. Dawna was born in Albuquerque, N.M., on March 4, 1942, to Dorothy and Urgil Osborn. Her father died in service in WWII after surviving the Bataan Death March. Dawna spent the first five years of her life in California with her loving, maternal Grandmother Silvers and then moved to New York City to be with her mother and stepfamily.

After receiving her bachelor’s from Pace College and her master’s in Spanish at Middlebury College, Dawna spent a year abroad studying at the University of Valencia in Spain. Dawna taught in New York City and then moved to Virginia, where she eventually returned to the classroom. Dawna was one of the first teachers in Fairfax County to teach AP-level Spanish Literature and was awarded several merits of honor in teaching. She obtained an additional 30 credits on top of her master’s degree and she was part of a fellowship program at UVa.

After teaching for more than 30 years, Dawna moved to Richmond, Va., to retire. She served as the President of her HOA and tutored high school students. Dawna had an unwavering faith in God and was an active member of Mt. Vernon Baptist church.

Dawna is survived by her son, Kevin B. Doyle; her daughter, Michele; son-in-law, Gary; and three grandchildren, Michael, Elisheva and Daniel Meissner; her two sisters, Dolores Whammond and Marie Siefring; and her brothers, Arthur Simmons and John Siefring.

Her family is having a memorial and the celebration of her amazing life on March 5, 2022 at 11 a.m a Mt. Vernon Baptist Church in Glen Allen. Reception to follow.