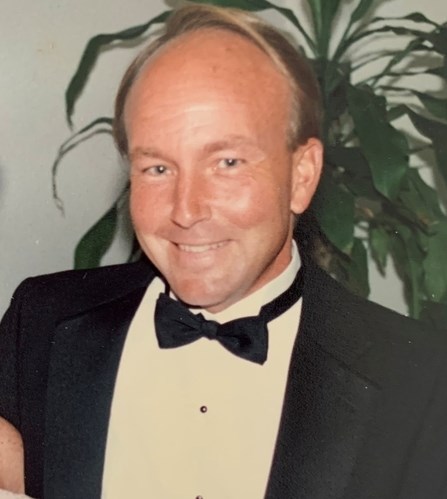 Dr. deSaussure Parker Moore, III, passed away on Wednesday, December 28, 2022, in John Randolph Hospital, Hopewell, Virginia at the age of 72.

deS was born in Duke Hospital to Parker Moore Jr. and Ann Tilghman Moore Gupton on December 10, 1950. After a short time in North Carolina and then Columbus, Ohio, the Moores settled in Hopewell, Virginia where deS lived the rest of his years. deS grew up with two siblings, younger brother, Camm; and younger sister, Mary Katherine.

deS knew from a very young age that he would become a physician. After graduating from Hopewell High School in 1968, deS once again found himself at Duke where he graduated Cum Laude in Pre-Med. deS chose The Medical College of Virginia (VCU) to continue his studies in Family Practice. After a residency at Chippenham Family Practice, deS joined the practice of Moore, Miller, and Weathington in Hopewell, Virginia. During a brief period, deS left the practice to work in Emergency Medicine at John Randolph. However, his heart was drawn back to helping families in the outpatient setting. He continued to practice Family Medicine until his retirement from Moore, Miller, and Weathington due to health issues.

deS was an avid fisherman. Nothing gave him more joy than being on the water with a rod and reel. He was truly blessed to have had the opportunity to take several billfishing trips with his father, brother, and friends. He has always said the greatest trip of his life was in July of 1995 to Cocos Island. He, his father, and best friend, Frank Whipp snagged the I. G. F. A World record for Quadruple Grand Slam in the Pacific.”Best day ever!” Of course, fishing on the James for 60 lb. catfish gave him great pleasure as well.

deS met his wife, Marsha in 1998 and they were married in January of 2001 and continued their love affair of nearly 22 years, until his death. He was a devoted husband, brother, and friend to so many. deS loved his family and friends beyond what words can describe. He touched the lives of so many, both professionally and personally. He will truly be missed and will never, ever, be forgotten.

deS was preceded in death by his parents. He is survived by his wife, Marsha; sister, Mary Katherine (Peyton); brother, Camm (Stephanie); nephew, Les; and his beloved canine kids, Merle and Cobi. Although he had no children of his own, he looked upon Mary Mason Whipp and Marsha’s children JC Knight (Mindy) and Philip Knight (Kristine) as part of his family.

He adored Ryan and Morgan Knight as if they were truly his own granddaughters. deS also held close to his heart and is survived by mother-in-law and biggest fan, Joyce Cox; brother-in-law and wife, Lee and Sarah Cox; niece, Claire Fannin (Lance); and nephews, Charlie and Chris Cox.

The family would like to thank all the doctors and nurses for their compassionate care during the last few weeks of deS’ life, especially the nurses in the ICU, at John Randolph Hospital.

In accordance with deS’ wishes, there will not be a memorial service. A Celebration of Life will take place at 3 p.m. on Saturday, February 11, at Guncotton, 238 E. Broadway, Hopewell, Va.

The family requests that in lieu of flowers, donations be sent to Gloucester-Matthews Humane Society, P.O. Box 385, Gloucester, Va. 23061.