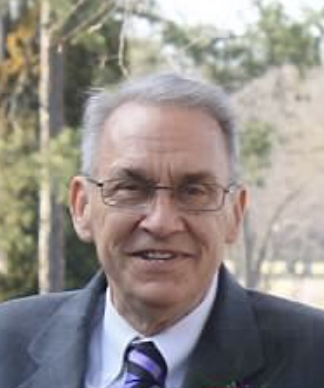 Pontius, Don Campbell Age 74 of Midlothian, Va., went to be with his Lord and Savior on Monday, May 11, 2020. He was born on May 30, 1945 in Bethesda, Md. He was preceded in death by his parents, Harry and Kathryn Pontius; his twin brother John Pontius; and brother Bill Pontius. He is survived by his wife Linda of 50 years, and his children: Scott Campbell Pontius and wife Angella, Carrie Elizabeth Setina and husband, Sean, and Anne Kathryn Fierbaugh and husband, Cody. He always referred to his children Scott “the strength of his life”, Carrie “the love of his life” and Anne “the joy of his life”. His greatest joy in life was his three children and seven grandchildren: Ethan, Collin and Nora Pontius, Scarlet and Ellie Setina, and Holland and Cooper Fierbaugh. He is also survived by three brothers: Harry and wife Beverly of Burke, VA, Robert and wife Carol of Cincinnati, Ohio, Patrick and wife Lyn of Midlothian,Va and sisters-in-law Jane Pontius of Rockville, Md and Judy Pontius of Ijamsville, Md. as well as several nieces and nephews. Don graduated from Richmond Montgomery High School in Rockville, Md., received his undergraduate degree in Business from Shepherd College, Shepherdstown, WV. and MBA from West Virginia University. He worked for the IBM Corporation and later in life went into the Insurance Business. He is a member of St. Edward the Confessor Catholic Church and a member of the Knights of Columbus. A memorial Mass will be celebrated at a later date due to the restrictions regarding the Corona virus. Interment will be private.