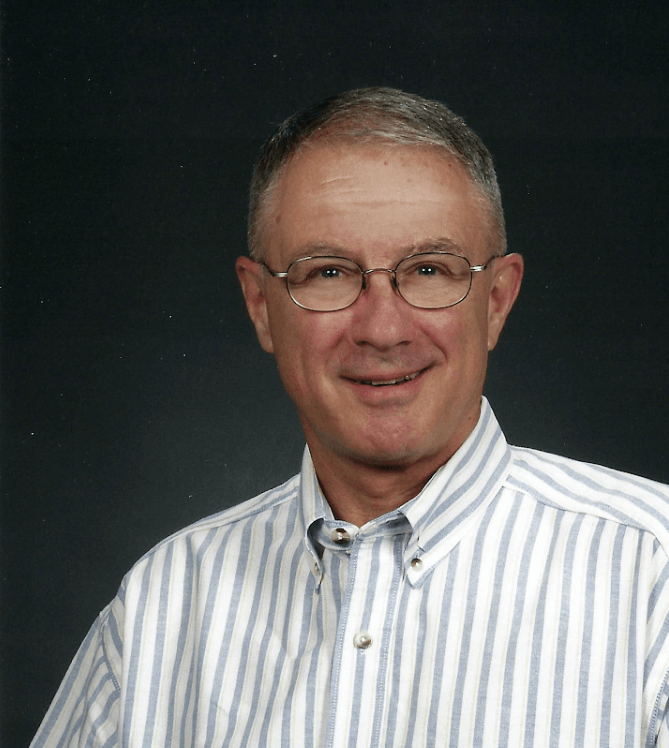 Don Pierce, of Richmond, VA, passed away February 18, 2018 at home surrounded by his family. He was preceded in death by his parents, Levi Albert Pierce, and Dorothy Niedringhaus Pierce Bainbridge. He is survived by his wife of 49.5 years, Rhunell Burt Pierce. He is also survived by his brother, Bobby Pierce, his sister, Susan DiPuma, his children, Al Pierce (Sotiria) of Boston, MA, Maribeth Pierce (Remi) of Raleigh, NC, and Katy Pierce (Andy) of Richmond, and his grandchildren, Sydney, 11, Charlie, 8, Finn, 8, and Crusoe, 7.

Don fulfilled his dreams of traveling the world starting with his service in the Army Corps of Engineers (Germany) and continuing with his work as a chemical engineer with Reynolds Metals in Venezuela, multiple states in the USA, Nigeria, and his passionate and untiring service with the Friends of Barnabas Foundation serving people with unmet medical needs in Honduras.
Don had always looked younger than his age, and had the energy of a much younger man. In the end, he was surrounded by family as they shared their favorite memories of him and stories of family times together. Many who were lucky enough to know him knew that he was a role model for integrity and service to his community. In addition to his mission trips to Honduras, he also helped with recovery work in Mississippi after Hurricane Katrina, and served with the Boy Scouts long after his own son had graduated, including many trips hiking the Appalachian Trail. Don also helped plan school-sponsored after-graduation parties and donated blood and platelets regularly. He was always there to lend a neighbor a tool, and help them with their project if need be. He equipped his children with tool boxes before sending them off to college, and made sure to teach them how to change their tires and oil. He loved his family fiercely, and took special pride in his grandchildren. He played countless games of Chutes and Ladders and Memory with them, made sure there were plenty of toys to play with in the driveway, and helped with their homework. He and Rhunell would have celebrated their 50th wedding anniversary this June. The family celebrated early, with a trip to Great Wolf Lodge in December. After returning home, he never took off his wristband from GWL, keeping it on as a reminder of his family.
Don was an active member of Trinity United Methodist Church and touched the lives of many through his dedication to serving others.
The family would like to offer a warm and heartfelt thanks to Dr. Rachna Ramen and her team at St. Mary’s Hospital for their compassionate care.
A celebration of his life will be held at Trinity United Methodist Church on Friday, March 2 at 1:00 PM. A reception at the church will follow.
In lieu of flowers, donations can be made to the Friends of Barnabas Foundation, P.O. Box 4804, Midlothian, Virginia 23112 (http://www.fobf.org/donate) or to the Trinity United Methodist Church,903 Forest Ave, Henrico, Virginia 23229 missions fund (http://trinityumc.net/give/).