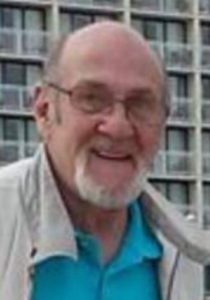 Born in Norfolk, VA, he was preceded in death by his wife, Peggy Irene Moss; and his parents, Ellis O’neal and Lillian Graves O’neal. He is survived by his children, Ginger Brod, Kenny O’Neal, Donna O’Brien, Sandi Williams, and Amber Welch; as well as his brother, Richard O’Neal, and sister Elaine Murphy.

Don loved God and his family. He had 15 grandchildren and numerous great grand children. He was a successful electrician and had his own business for thirty years. He was a people-person who enjoyed others. He liked westerns, playing cards, fishing, and listening to inspirational country music.

A privately held celebration of Don’s life is planned by the family.

In lieu of flowers, a donation may be sent to the Lottie Moon Foundation.