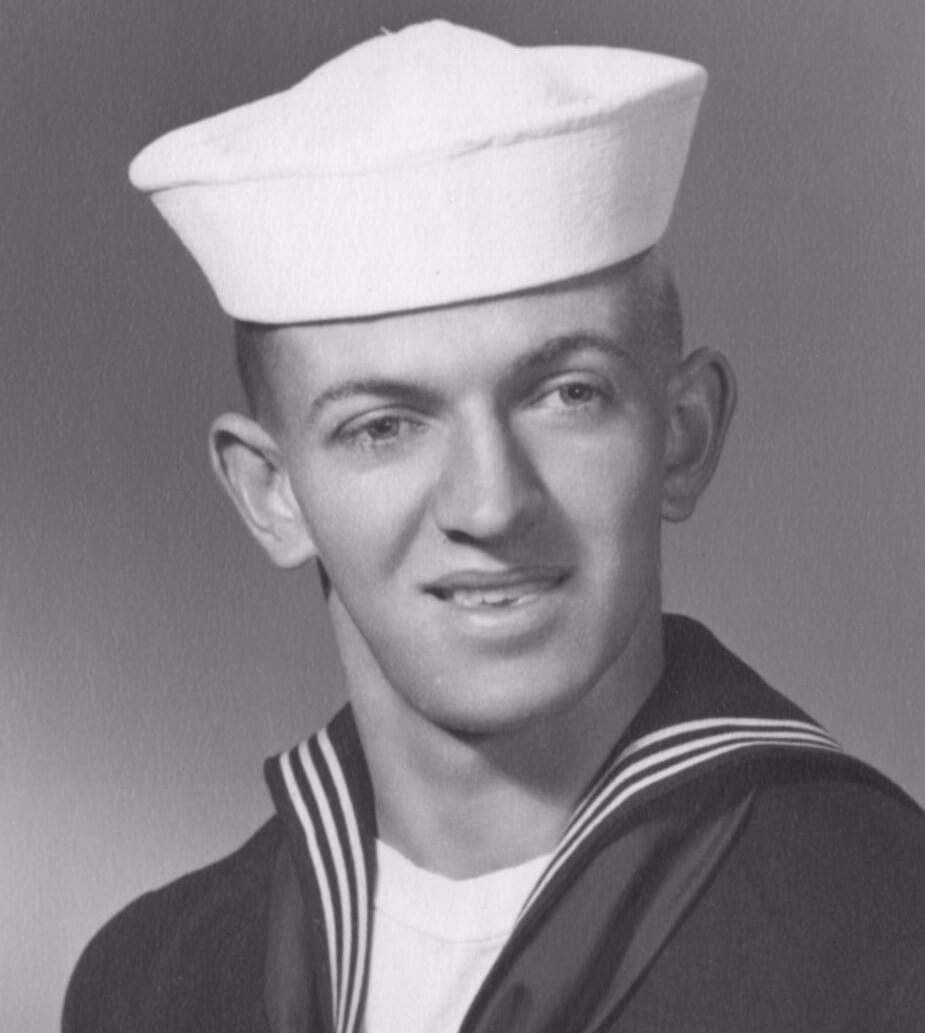 Donald W. Schumaker, Sr, 83, of Glen Allen, went to be with his Lord early on July 22 after a two-year battle with dementia. Born December 26, 1933, he was the son of the late William H. Schumaker and Minnie R. Schumaker (nee Paxton) of Sedalia, Mo. He also was preceded in death by his sister, Mary Ann Schumaker of Sedalia.

A celebration of his long life of faith is scheduled at 2 p.m. on Saturday, August 19, at Holy Cross Lutheran Church, 11515 Ashcake Rd, Ashland, VA 23005, and is open to all family and friends.

He also will be sorely missed by his favorite grandpuppies Jake and Eddie of Glen Allen.

After graduating from Sedalia’s Smith Cotton High in 1951, he joined the United States Navy and served 20 years in various stations, including part of carrier group during the Korean War. He also circled the globe on USS Midway and earned “Shellback” status during the Navy’s traditional Line Crossing (equator) Ceremony (also called The Order of Neptune and led by King Neptunus Rex, his queen and Davy Jones). Mr. Schumaker spent much of his Navy career as a flight engineer on P-2 Neptune and P-3 Orion aircraft at Patuxent River (Pax River) Naval Air Station, a test center in St. Mary’s County, Md. He also served Shore Patrol duty on base and the nearby town of Lexington Park, where he and his family lived for more than 30 years.

He was retired from the U.S. Navy in 1971 and then worked on various planes and equipment as part of the base’s Civil Service personnel. He became a bus driver for St. Mary’s County Public Schools and also drove a bus for YMCA programs when he later moved to Virginia.

An avid bowler on and off the naval base, he was a long-time league secretary of a Tuesday night men’s league at Esperanza Lanes outside of Lexington Park, which honored him with an autographed “pin” upon his bowling retirement. He also enjoyed umpiring fast- and slow-pitch softball around St. Mary’s County.

He was a lifelong fan of the UofMD Terrapins, including cheering them on in Atlanta as the team won its only NCAA championship in 2002. Mr. Schumaker also was an avid NASCAR fan and rooted Jeff Gordon to many victories. He attended many races including the Daytona 500 and if he had to wear a hat it was adorned with either Terps or Gordon logos. However, he also had a special place in his heart for the Tigers of Towson University where his wife and all of his children earned undergraduate degrees.

Mr. Schumaker and his family were long-time members of Trinity Lutheran Church in Lexington Park where he served on the Church Council (including terms as president) and its Board of Elders.

In 2002, Mr. and Mrs. Schumaker moved to Glen Allen, Va., living just around the corner from their son-in-law and daughter, John and Louise Woodburn. He then joined Holy Cross Lutheran Church in Ashland, Va. The Schumakers celebrated their 50th wedding anniversary there in 2008.

Due to dementia and other medical problems, he underwent sessions of skilled rehabilitation starting in 2015 and in May 2017 became a full-time resident at Our Lady of Hope Health Center, Richmond, Va. The family would like to thank the staff of Our Lady of Hope, as well as Hospice Community Care (Glen Allen) for the expert care and personal kindness shown to Mr. Schumaker throughout his rehab and residency there.