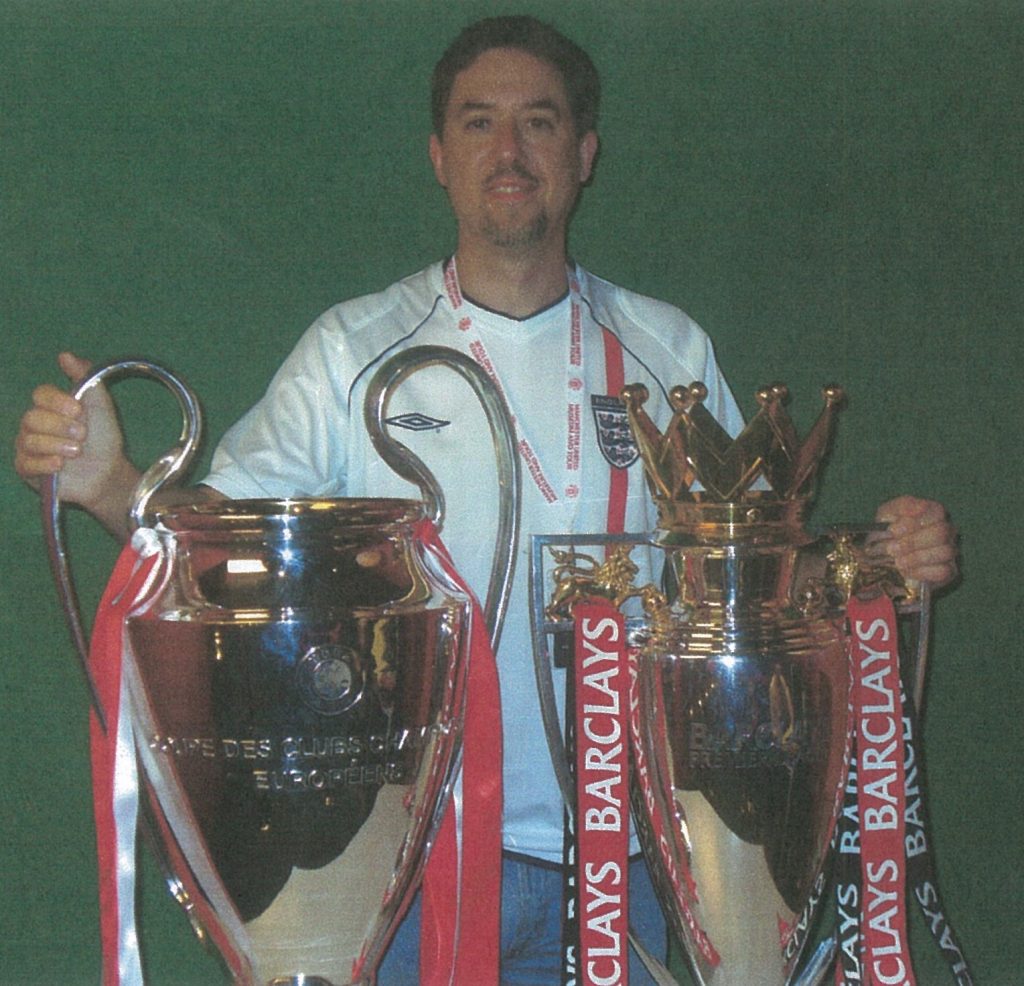 He was born in Port Chester, NY and raised by family in Warrington, England. He moved back to the United States in 1979. From that time on he worked for several retail companies which included, Rent-A-Center, Rose’s, Eckerd Pharmacy, Dollar General and as an ASR with Rug Doctor.

Dwayne was to say the least a huge Manchester United Fan. He was also active in football playing in CASA, then CVSA. He played tennis with his friends and golf.  Dwayne loved watching Formula 1 as well.  He was a fan of everything English which included James Bond, Doctor Who, Wimbledon, Pink Floyd, The Who and The Open, among other things.

Dwayne is survived by his partner of 16 years Lani; his mother, Wendy of Bishops Cleeve, Cheltenham, England; brother Jonathan of South Carolina.  He is also survived by his two children, Christopher and Britainy, whom he loved very much; and three grandchildren, Silas, Ezra and Alistair.

A private memorial will be held at a later date.