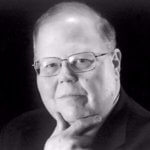 BATEMAN, Edward Ray, 61, of Henrico, passed away December 2, 2016, of pancreatic cancer. He was born in Norfolk, Va., on January 13, 1955. Ray was preceded in death by his parents, Johnnie and Garneata Bateman. He is survived by his wife, Carol Jean Gaywood; his brother, Paul Bateman; his sister, Lavon O’Toole (Chris); sister-in-law, Cindy Johnson (Bob); his wife’s parents, John and Dorothy Gaywood; two nieces, two nephews, and several great- nieces and nephews. Ray was born in Norfolk, Va., and grew up in the Hampton Roads area. He graduated from Kempsville High School in Virginia Beach, and from Randolph-Macon College in Ashland, Va. He received a Bachelor of Science degree in Biology from R-MC in 1980. Ray lived in Chesapeake, Va. after graduation from R-MC, and later in the Atlanta, Ga. area. He moved back to Virginia from Georgia in 2012 to find Carol. Ray and Carol were married on August 16, 2014, after having met and dated 37 years earlier at Randolph-Macon. Ray worked as a manager in the food service industry for 26 years, in Virginia and Atlanta. He most recently worked for the Olive Garden Restaurant in Colonial Heights, Va. A memorial service will be held on Saturday, January 14, at 11 a.m., at Affinity Funeral Services, 2720 Enterprise Parkway, Richmond, Va. 23294.