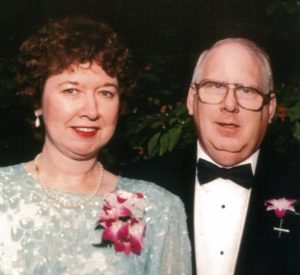 A graduate of Varina HS class of 1964, he then served in the U.S. Army for two years. Gene was a self-employed estimator and a member and instructor at The Richmond Dog Obedience Club. In his past time  he enjoyed woodworking, training dogs, and spending time with his wife. Gene always enjoyed helping others whenever he could. He received a confirmation on his cherished Welsh Springer Spaniel, Gidget.

He is survived by his wife of 54 years, Sandra Bell Yancey; daughters Debra A. Power and Amy M. Britton (Doug); grandchildren Melody and Katelyn Power and Madelyn Britton; and sister Charlotte Stegeman. He was preceded in death by his parents, Eugene and Mable Yancey; and sister Cheryl Gilliend.

A celebration of life will be held at 2 p.m. on Saturday, November 23 at Cool Spring Baptist Church in Mechanicsville.

In lieu of flowers memorials may be made to Lakeside Volunteer Rescue Squad.