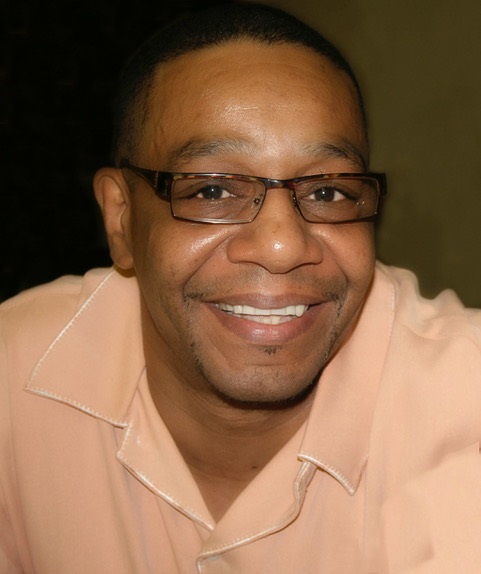 A time to be born … George was born to the late Katherine Sanders on August 28, 1955, in Richmond, Virginia.
He was raised by his foster mother, the late Aileen Bertha Hedgebath-House who provided him a loving and caring spiritual foundation with a beautiful family and siblings.
A time to learn … George was educated in Richmond Public School where he developed his passion for tennis.    He was the ball boy for such greats as Ilie Năstase of Romania and Richmond’s own Arthur Ashe. He later attended Virginia Union University.
A time to love and live … George married Perleta Staples on February 14, 1996. From this union, two wonderful boys were born, MaDarris and Forrest “Lowell.” He retired from Graphic Packaging after 20 years of service.
A time to Mourn … George entered into eternal rest Saturday, January 29, 2022. In addition to his mother Katherine and foster mother Aileen, George was preceded in death by his devoted grandmother-in-law Arthalia A. Allen and father-in-law Pervis Staples. Those left to reminisce and cherish fond memories are his loving wife, Perleta Staples Sanders; three sons Demond Green, MaDarris and Forrest Lowell Sanders; two grandchildren; six siblings Debra Jalloh, Herrol Sanders, Felencia Sanders, Andre Sanders, including one devoted brother Stuart Joel Sanders (Heather) and a foster sister Thomassine Rogers of New York; two aunts, Mary Lightfoot and Louise Fowlks and a host of other relatives and friends including one devoted friend William Marzette.

A Memorial Service will be held at 2 pm on Wednesday, February 9, 2022, at Affinity Funeral Service-Richmond Chapel, 2720 Enterprise Pkwy, Richmond, VA 23294.

George Forrest Sanders lovingly known as “My Clyde.”
To him, I was affectionally known as his “Bonnie.”
Let’s ride Clyde.
— Mrs. Perleta Sanders