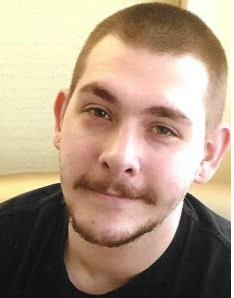 It’s an understatement to say that George Rudden was passionate about cooking. If he loved you, he had to thoughtfully plan out a full dinner menu and entertain you with his side-splitting antics.  George Howard Rudden was born September 18 th , 1992 and grew up in Loudoun County, Va. Rudden family archives reveal that George was a good-natured prankster, as evidenced by video footage of George shooting off his homemade potato gun with his father, crashing his older sister’s sleepovers, decorating his mother’s skylights with stickers, and wrestling his cousins and uncles to the ground on family vacation in Jersey. He grew up to marry his high school sweetheart Heather, had two beautiful children, and moved to South Carolina to work as a chef. His lifelong dream was to open a restaurant and publish his own cookbook he had been crafting for years.  Despite his incredible work ethic in the kitchen, dedication to his family, and passion for online gaming, George grappled with his mental health. He lost his battle with mental health on November 27 th , 2021.  He is survived by his wife, Heather Cheney Rudden and children, Arabella and Odin, father George T.  Rudden, mother Melissa Kiser, and sister Sarah Rudden.
A memorial service will be held on December 5th at 12pm at the Richmond Chapel, where family and friends can gather to remember a man who loved others, especially his children, deeply.