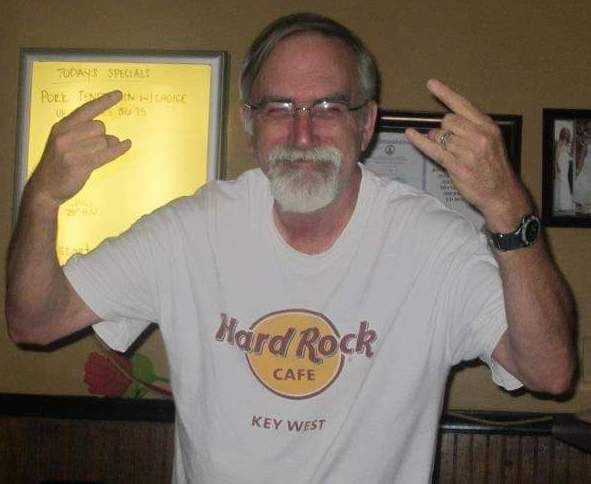 MEADOWS, George Parker Jr, 70, of Richmond, Virginia, passed away on June 20, 2020 at the Healthcare Center of Beth Sholom.

Parker was a 1968 graduate of J. R. Tucker High School.  Upon graduation, Parker enlisted in the US Army, and served his country during the Vietnam War.   Upon returning from the war, Parker began his career as a Graphic Designer.   In addition to graphic design, he was a noted photographer for more than 40 years in Richmond. Although he was a Graphic Designer and Photographer, Parker’s true passion was music.  In the 1980’s that passion led him to create and publish The Richmond Entertainment Spotlight, which highlighted the booming music industry. It provided him the opportunity to meet a lot of well-known musicians and bands, both locally and nationally. In the 1990’s, karaoke began its upswing in the Richmond area, and Parker was one of the leading pioneers introducing karaoke to Richmond. For his love of music, Parker created Camelot Entertainment, which he ran, successfully, for over 20 years.  He had a true following and loved each show he did.  Parker’s outgoing and wonderful personality allowed him to make a ton of friends and fans, for which he was grateful.

The family will receive friends from 6 to 8 p.m. on Tuesday, June 23 at Affinity Funeral Service Richmond Chapel, 2720 Enterprise Parkway, Richmond, VA 23294. A funeral service will be held at 11 a.m. on Wednesday, June 24 at the funeral home chapel. A private burial at the Virginia Veterans Cemetery in Amelia, Virginia.

In lieu of flowers, please make memorial contributions to the Beth Sholom Activities Department to allow them to purchase GOOD karaoke and music equipment in his honor and for the other residents to enjoy.   The family would like to thank Beth Sholom and especially the nursing staff of Unit 4 for their love, devotion and compassion every single day, not only for Parker, but for all their residents.