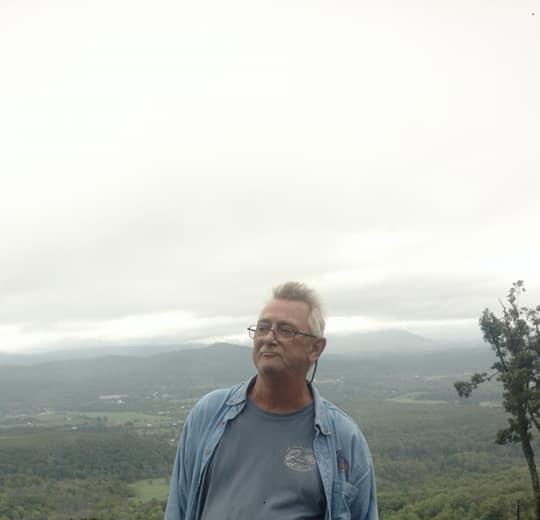 Gerald (Jerry) Davis Sr. 60, raised in Morristown, Tennessee went to be with Jesus on Thursday, November 4, 2021.

Jerry is survived by his mother, Georgia Davis; sister Karen; his brothers, Lawrence and Don; his sons, Kevin, Stevie and Ethan Carter; his daughters, Bonnie Lineberry and Hannah Carter; numerous grandchildren; and nieces that he loved like his own children, Jessi Krebs, Mindi Lester (Steven), and Leslie Williams; and many other nephews and nieces that he loved dearly. He is also survived by numerous aunts, uncles, and cousins and every friend who ever laid eyes on him!

He was preceded in death by his father, Bert C. Davis, Sr.; brothers Mike Davis and Chester Lineberry; and his beloved daughter, Rochelle Davis.

Jerry was an avid lover of all music, but bluegrass was his true love! He was an extraordinary musician, exceptional carpenter, a jack of all trade. He wore his heart on his sleeve and would give the shirt off his back.  Jerry never met a stranger and tried to leave his path better than he found it. He lived life off the cuff, like every day was a blessing and a reason to throw a party.

He will be missed and loved forever. Love you, Mean it!   Gone.

The family will receive friends from 1-2 p.m. on Saturday, November 13 at Affinity Funeral Service, 2720 Enterprise Parkway, Richmond, Virginia 23294. A service will follow at 2 p.m. in the funeral home chapel.