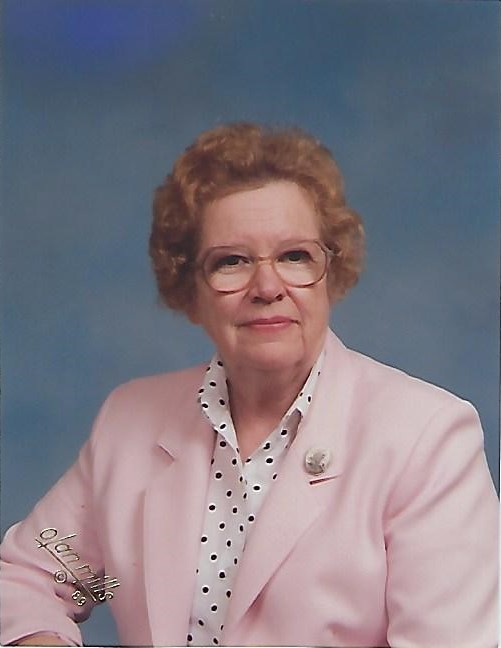 This is a brief story of my 95-year life as told to my children. Any errors in this story are those of my children. They think I didn’t see them rolling their eyes when they knew I had snuck minor embellishments into some of my stories, but I did and shame on them! They are my stories and I am sticking to them.

I was the second and youngest child of Miriam Smith Johnson (“Mim”) and Ernest Preston Johnson (“Papa”). Mim’s family was from Prattville, Alabama, Papa’s from upstate Louisiana. I was close with “the Smiths,” including my uncle Herbert Smith, a dental surgeon in Prattville. My parents named me Gloria (“Glo”) Virginia Johnson after Gloria Swanson. My brother Ernest P. Johnson, Jr. (“Bub”) was five years older than me.

Papa was an accountant who stayed employed during the Great Depression. Mim was a smart, red-headed firecracker who would sneak out of the house to bet the horses at the New Orleans fairgrounds. Minnie, our housekeeper and cook, kept the household together. I took my cue from Mim and loved to cut school and lead my friends in getting into trouble. I started college at Sophie B. Newcomb, part of Tulane University. Bub was a naval captain in the Pacific during World War II; when he was transferred to Norfolk right after the War, I was ready to be independent from my parents and decided to leave New Orleans to attend the College of William and Mary in Williamsburg.

Within six months, I met and married Julian Rowe Irvin, an Army veteran, who was studying accounting. As we both wanted a large family, soon I was pregnant with Bob, then Bill and Nancy, each two years apart, and six years later along came Susan. I finished college and graduated from Richmond Professional Institute (now Virginia Commonwealth University) with a degree in psychology and later got a master’s degree in counseling. I started work as a kindergarten teacher at St. Michael’s Episcopal School with Susan in my class, then taught English at Thompson Junior High School. After I got my master’s degree I became a guidance counselor at Crestview Elementary School. Next, I decided to become a real estate agent. I built up a business of 17 rental houses at its peak and partnered with a builder in building two houses.

When my knees got too old for hauling around open house signs and real estate brokering, I turned to the stock market, where I did fairly well. When I owned a stock that started to go down, I sold it, without hesitation. Paul Staples became my stock adviser and good friend.

Divorced at 59, I moved out to Brandermill Woods where I bought my favorite house near Brandermill Lake. I owned a succession of small dogs — Jodie and Willie were my favorites. Jodie was dumb but loveable, but Willie was very smart. I named him after one of my children. I loved playing bridge all my life and was very good at it. Later I played “Words with Friends” on the computer with my children, grandchildren and friends.

When I was 89, I moved into Independent Living at Brandermill Woods and continued enjoying bridge, especially with Jean as my partner. Then when my legs were betraying me, I moved to Assisted Living at 92. At Assisted Living, I took up playing Rummikub with my new neighbors.

A special thanks to all the wonderful staff at Brandermill Woods who took great care of me. I have requested no memorial service and asked for my ashes to be scattered somewhere peaceful and serene. If you were going to send flowers, please send a donation in my name to your favorite animal shelter.