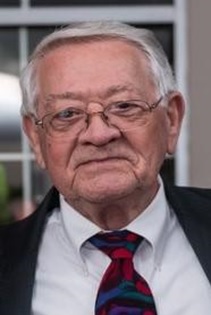 Gordon W. Lemons, Sr., 83, passed on May 6, 2021. His devotion to his family and his firm belief in God supported him in his struggle with a long illness and ultimately gave him peace.

Gordon was born to the late Reverend Frank and mother Evelyn Lemons, on November 13, 1937, in Minot, North Dakota. He served in the U.S. Army and later became a third-generation pastor himself, serving God and his community. He prayed for and led many to the Lord through his prison, hospital, and community ministries. And he blessed all who met him, up until his last days.

Gordon married his loving wife, Agnes Sibert Lemons on July 21, 1962, and they raised two children with the love of the Lord surrounding them.

He is survived by his wife, Agnes; son Gordon Jr., daughter Charlene and husband Jerry Downing; grandchildren Jacquelyn, Timothy, Amanda, and Christopher; his great-grandchildren Langston, Maeve, and soon Maci. He is preceded in death by his parents; his siblings Tommy, Eloise, and Charlotte.

Funeral arrangements have not been made at this time.  The family gratefully accepts your prayers, condolences and memories.