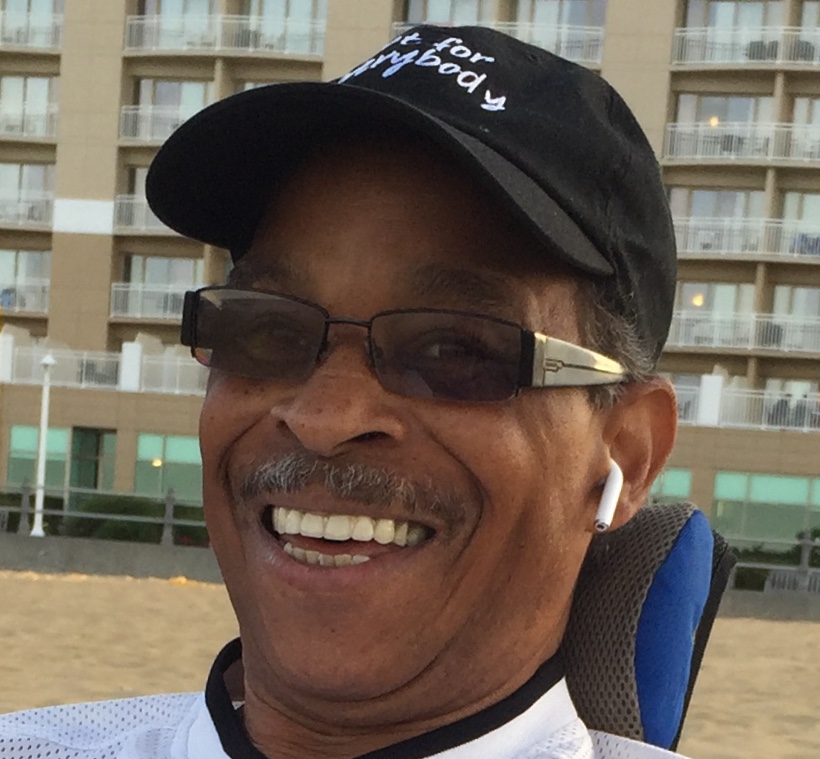 On Saturday, January 16, 2021, Harold Merriman, loving husband and father of four children, passed away at the age of 68.

Harold was born on January 19, 1952 in New York, NY. He attended Fashion Institute of Technology in 1973. Harold was a longtime resident of Glen Allen, VA. After receiving a Stage 4 prostate cancer diagnosis 6 years ago, he began a gallant fight. Like all great warriors rest must come.

He was a carpenter by trade and Sole Owner of Merriman Construction. Harold was a former skills unit training director at The Center for Alternative Sentencing and Employment Services. He also worked and taught  Construction  at Home Builders Institute and worked with a life long  friend Danny Braswell at House to Home. Lastly, he was a Maintenance Supervisor at Westminster Canterbury of the Blue Ridge.
Harolds passions included, drawing, his tech gadgets, Fashion design, Pokémon Go, construction and his salt water fish.
Many knew him as Hal.He was known for his quick wit, his infectious smile, and his kind and compassionate spirit.

Harold is survived by his loving wife  Veronica. Their partnership began 45 years ago. He was preceded in death by his mother Patricia Merriman. He’s leaving behind his four loving children, Eli, Nikita, Patricia, Alexis along with devoted and loving daughter in law Nydia and five grandchildren Jade, Jaylen, Jazmyn, Jordan, and Kyrie and his sister Phyllis. Near and dear to him  is his Cousin Steven Farrington who was like his brother, loving aunts Judy, Frances and Nancy and many more loving, cousins,nieces ,nephews, sister and brother in laws along with daughters, Kevia, Vishika, Rhonda, Olympia, Karina, and Pin Pin just to name a few who adopted him as their dad and James Williams whom he considered a good friend. Harold loved The Lord and called Pastor Diane C. Mosby and the entire congregation at Anointed New Life Baptist Church his family and Rev. Kirk Washington was like a son. The family thanks his friends, thousands of prayer warriors and his care givers Denise Mason, Kia McMillan and Chaplin Leigh along with the entire staff at  Bon Air Community Hospice House for caring for him during his final journey home.