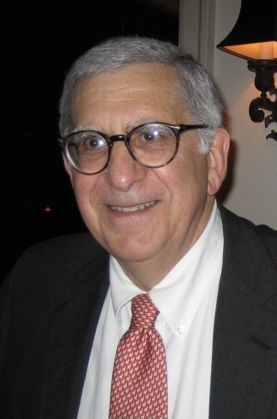 Born in Brooklyn, NY, he moved to Richmond, VA in 1957. Prior to establishing himself as a Richmond retailer, he began his career in the executive development program of Abraham and Straus, a division of Federated Department Stores. In Richmond, he initially managed Brownhill’s, the leased women’s department of Greentree’s at 7th and Broad Streets. In 1958, he assumed the position of partner and coat and suit buyer at Ardley, Inc., a women’s ready-to-wear store at 515 East Grace Street. He later became President of Ardley and saw its expansion to three additional locations: Willow Lawn, 5810 Grove Avenue and Sycamore Square in Midlothian.

In addition to his professional involvement, he was President of Grace House, served on the Board of Managers of Congregation Beth Ahabah, was a Trustee of the Beth Ahabah Museum and Archives, chair of the school study committee of the Richmond Jewish Community Foundation, a Trustee of the Southern Jewish Historical Society and was the Virginia Chairman of the Commemoration of the 350th Anniversary of the First Jewish Settlements in the United States.

In 2006, he and his wife were honored to jointly receive the Humanitarian Award from the Virginia Conference for Community and Justice.

The family is deeply grateful for the care extended by Lakewood for the last five years and for the care of Bon Secours Hospice and Community Hospice House.

Interment will be at Hebrew Cemetery on Tuesday, August 31, 2021.