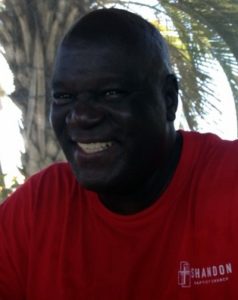 Herbert Reginald Baylor, known as “Herb” by friends and family, was born to the late Mary Baylor and the late Benjamin F. Baylor, Sr. on July 2, 1958. He departed this life on May 1, 2019.  Herbert Joined the Brown Grove Baptist Church, in Ashland, VA at an early age. He Joined the United States Marine Corp. after school and immediately began service until retiring after 20 years.  On October 1, 2003, Herbert married Tammy Lynn Peregrine and they resided in Chester, Virginia. He was a devoted husband, Herbert and Tammy became members of Ironbridge Baptist Church where he was a faithful church worker in different capacities.  God made something beautiful in Herbert’s life; for even in sickness there was laughter and joy; strength and faithfulness, compassion and encouragement.