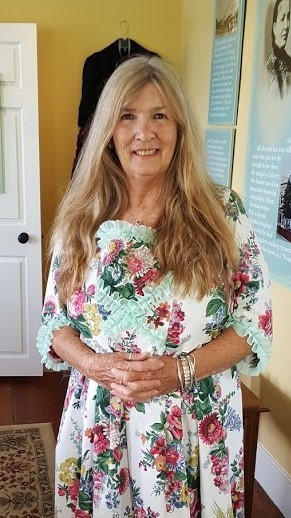 IRENE HANNAH HARRINGTON, aged 69, died peacefully with her family on April 22, 2020 at her home in South Chesterfield, Virginia after a courageous battle with cancer.

Irene was born on September 2, 1950 in Petersburg, Virginia to John George Clark, Jr. and Lona Pote.  She graduated from Colonial Heights High School in 1969.  She was married to Scott Wayne Harrington on January 14, 1971, who was her partner in life for 49 years.  She worked in retail for 10 years until her first child was born and chose to be a ‘stay at home Mom’ to raise her children.  She was always involved in their lives, whether it be Girl Scouts, Boy Scouts, dance class, gymnastics, soccer, cheerleading, karate or any other activity they were participants in.  She went back into retail and retired from J C Penney.  In 2007, she took a job with her husband managing a Cottage Court in Nags Head, North Carolina.  She retired from that position in 2015.

Irene’s passion in life was her family, and when the grandchildren arrived, she became the grandmother that everyone would like to have.  Irene had a bright and energetic personality and could sense when people needed her help.  She touched many lives with her generosity and passion for life.  To quote a few online condolences, “She was the kindest and most gracious person I knew”, and “She was such a sweet and wonderful lady”, and “A truly fine example of a Southern Belle”.  She will be sorely missed.

Irene will be interred at Southlawn Memorial Park in Prince George, Virginia with a private service for immediate family only.