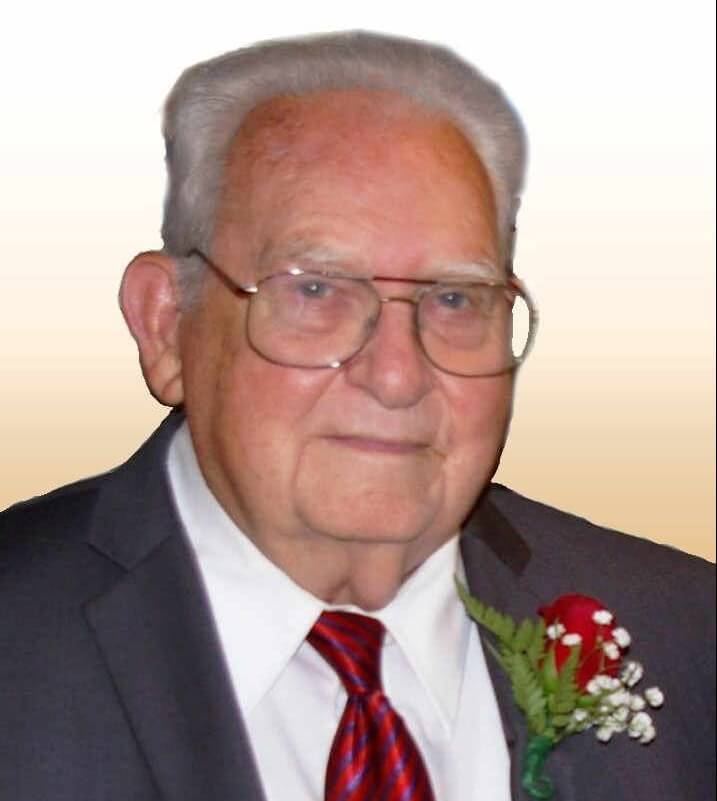 Jim was born and raised in Statesville, NC before joining the Army in 1950. He was proud of this military service including serving three campaigns of the Korea War. Jim and Theresa relocated their large family from Charlotte to Richmond as district manager of Emery Air Freight for several years. He later worked as a loan manager for First Dominion Life Insurance Co.
Jim’s retirement focused on honoring fellow service members through 17 years of volunteering at McGuire VA Medical Center and several veteran’s organizations. He was a national director of the Korean War Veterans of America, founding member of local Chapter 143 and was appointed by Governor Kaine to the Joint Leadership Council of Veterans Service Organizations. Additionally, he led the fight to have I-295 named the Korean War Veterans Memorial Highway.
Jim served as a Eucharistic Minister at St. Bridget Catholic Church for several years. The family is very grateful to the caring staff at Morningside in the West End for the support provided for both our mother and father. In lieu of flowers, donations may be made to Richmond Fisher House Foundation, 300 Arboretum Place, Suite 660, Richmond, VA 23236
The family will receive friends on Wednesday, August 1 from 6 to 8PM at with a vigil to start at 7:30pm, at Affinity Funeral Service, 2720 Enterprise Pkwy, Richmond VA, 23294. A funeral mass will be celebrated at St. Bridget Catholic Church on Thursday, August 2, at 10:30AM. Burial will be at Virginia Veteran’s Cemetery, Amelia.