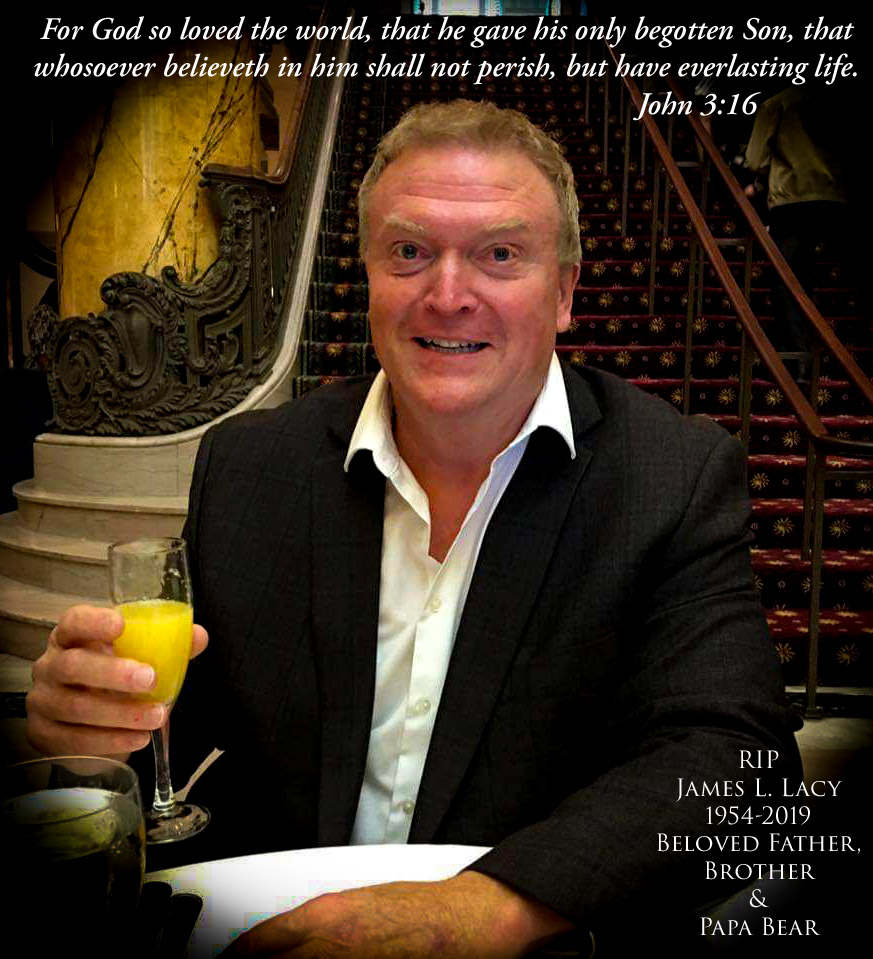 Jim had a big, welcoming personality with a warm smile and huge heart to match. He had a contagious laugh that brightened the darkest of days. Jim never met a stranger and made each of us feel like we were extra special to him.  Jim was a generous, caring and positive person, and gave unconditional love. His family was more important to him than anything, and he always made time for his children and grandchildren and put them first.  Papa Bear, as his grandkids called him, had an amazing spirit that will live on within them and be cherished forever.