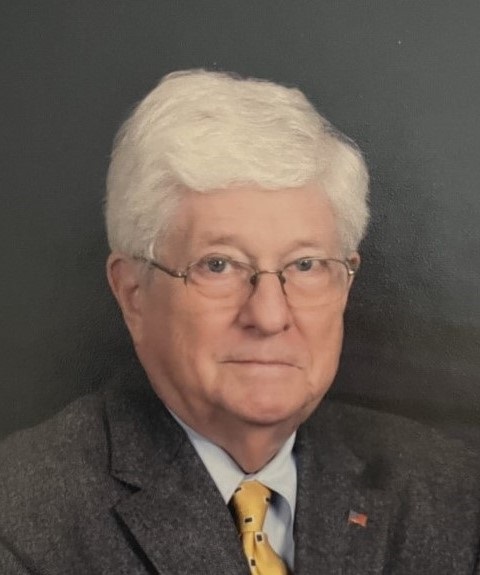 Husband, father, brother, uncle, friend, and professional grandfather, Jim Paxton is reconnecting with old friends as they pass him a Jack on the rocks while his doggy pals are wagging tails for the predictable pocket of treats. Jim, Jimbo, Uncle Jimmy never met a stranger. From his days delivering Frigidaires for his dad to his 30 years with AT&T as Vice President of Government Relations, Jim met people from all walks of life, from parking attendants to governors, and he truly loved getting to know each of them.

An aficionado of dad jokes, card tricks, HAM radios, and building & fixing ‘stuff’, Jim loved to laugh, poke fun, and plan surprises. More than anything, he adored his girls, Tuckie, Sarah, and Eleanor were his everything and he loved to spoil them. But no love compared to what he had for his three grandchildren. If there was a concert, a play, a volleyball game, any school event, “Dadah” was there cheering loudly.

Jim respected his mentors, professional and personal. When the first years at VPI proved tough, his future father-in-law, Dr. Smart gave him a stern and friendly talk resulting in Jim’s graduation from the University of Richmond and Wharton Graduate School, and a lifetime of mutual respect.

With Tuckie, Jim was an integral part of River Road Baptist Church serving in more capacities than we can list. Service was very important to him; at only 28, as a new manager in Staunton, the local Jaycees honored him with the Distinguished Service Award. While he worked with many worthy causes, he was most proud leading the board of the local Alzheimer’s Association.

Jim and Tuckie loved to travel, but his favorite spot was closer to home on the Rappahannock River. Rivernook was his slice of heaven on earth, with days spent boating and fishing with the girls then the grands, grilling out, or simply napping.

Together, Tuckie and Jim forged long, lovely relationships with forever friends who have become family. In the last three years, they’ve added to that list with a group of special Lakewood friends, who their daughters thank for their unwavering support.

Jim will be remembered as a happy, welcoming man. Along with a host of friends, nieces, and nephews, Jim is survived by his wife of 60 years, Tucker Smart Paxton; brother Walter Paxton; daughters Sarah Paxton and husband Andy Thornton, and Eleanor Nurney and husband William Nurney; and three dear grandchildren, Jordan Nurney, Jake Nurney, and Lucy Thornton.

A service to celebrate Jim’s life will be held at 1 p.m. on Tuesday, January 17 at River Road Church, Baptist 8000 River Road, Richmond, Virginia 23229. A reception will follow where the family will greet guests.

In lieu of flowers, the family requests support of River Road Church, Baptist, or the Alzheimer’s Association, or any cause that makes the world a kinder, better place.