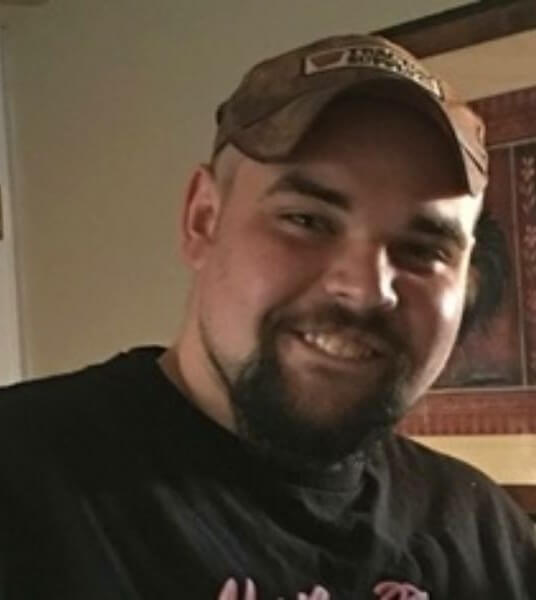 James William Garnett, 24, left this earth on July 16, 2018 after a long courageous battle with cancer. He was preceded in death by his father Mike Garnett and is survived by his mother Leslie Rezze, grandmother, Myra Rezze, aunts Allison Buffenstein (Eric), Laura Baublitz (Glenn) and Linda Miller, uncle Bill Garnett, niece and nephew Curry Mae and Charlie Buffenstein and cousin David Meadows (Rhonda); special friends Robert, Jeanine, Paige, Payton and Presley Parks, Carol and Burt Gibson, Phil and John (Buffus) Fellows, Mesa and Jody Phillips, Sierra Tilley, Alan Smith and a host of many others. James loved hanging out with friends, animals and the outdoors and will be remembered by all for his willingness to do anything for anybody. The family would like to thank the community and everyone who has supported James’ Journey over the last 3 years. Your love and support were a part of what kept him encouraged and fighting the battle. We would also like to thank the doctors and nurses at the Virginia Cancer Institute who cared for James and a special thank you to the nurses of Bon Secours St. Mary’s 6 East unit who went above and beyond to make James feel special when he had his treatments. Gone but not forgotten – you will be forever in our hearts. A memorial service will be held at Jetersville Baptist Church, 6440 Amelia Springs Rd, Jetersville, Virginia on Saturday, July 28th at 2p.m. Visitation with the family will be from 1-2pm. In lieu of flowers, contributions may be made to the James Garnett Medical Fund at Citizens Bank and Trust Company in Amelia.