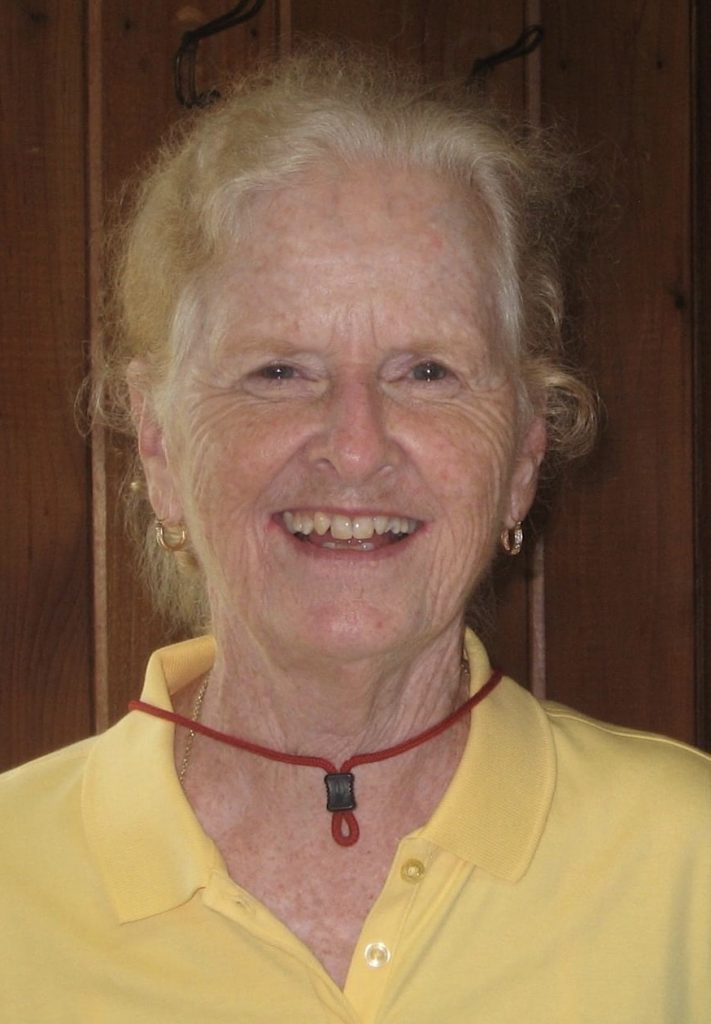 Jeanette Ann Jones passed away unexpectedly on January 13, 2022, following open heart surgery. She was born an identical twin in Suffolk, VA to Clarence Woodrow Jones and Annie Maude Harrell Jones, who predeceased her. A Girl Scout for 16 years, she developed a keen interest in nursing. She graduated from the first nursing class at East Carolina University (ECU), Greenville, NC in 1964. Jones’ first position after graduation was with the Virginia Department of Health in Virginia Beach, where she practiced community health nursing for four years. She pursued graduate studies at the University of  Maryland School of Nursing (UMSON) to become a nurse educator, earning her masters degree in 1970. While a student there, Jones was employed by the Baltimore County Health Department as a nurse manager. After graduation, she joined the faculty at Virginia Commonwealth University (VCU) in Richmond, VA, where she taught community health nursing for 25 years. After retirement, she worked as Coordinator of Continuing Education for the Virginia Nurses Association.

Jones’ thoughtful philanthropy included endowments to support nursing education at ECU, UMSON and VCU. At ECU, Jones was a member of the Leo W. Jenkins and Golden Lamp Societies; and, in 2015 was inducted into ECU’s Hall of Fame. At UMSON, she was a member of the Louise Parsons Society. Her memberships also included the Virginia Nurses Association, American Nurses Association, and Sigma Theta Tau International, Honor Society of Nursing.

Along with her sister Jacquelyn, Jones assisted their parents in maximizing their independence and quality of life during the last decade of their lives. Jones was passionate about healthy nutrition and physical fitness. She volunteered with the Arthritis Foundation, the Susan G. Komen Breast Cancer Foundation, and served on UMSON’s Board of Visitors from 2009 until her passing. Since 2015, Jones had been a member of the Commonwealth Chapter, Daughters of the American Revolution (DAR). She was a proud Democrat and a staunch advocate of human rights.

Throughout her nursing career, Jones used the values of health promotion and disease prevention to guide her practice and teaching. In her personal life, Jones practiced health promotion through fitness, which included playing competitively in the US Tennis Association League. Over four decades, she participated in several national championship tennis tournaments. And in her sixties she became a golf enthusiast, which became her newest passion.

A joyful, optimistic and dynamic individual, Jones enjoyed many diverse interests, ranging from writing poetry to cheering-on her precious Lady Terps basketball team and the VCU Rams basketball team, to attending the US Open Tennis tournament and professional golf tournaments, to Broadway shows and European travel. She dearly loved the ocean, whether on a friend’s boat or collecting seashells on walks along the shore. A woman of deep faith, Jones was a devoted sister, friend, colleague and mentor.

Jones is survived by her beloved twin sister, Jacquelyn Jones Stone, and dozens of cousins and friends.  Her passing leaves an empty space in the hearts of all who experienced the tremendous gift of knowing and loving her. She made this world a better place.

A celebration of life memorial service will be held at 11 am Thursday, April 21st at Lakewood Retirement Community, 1900 Lauderdale Dr., Richmond, Va. 23238 with a reception to follow. A Graveside Service will follow in Holly Lawn Cemetery in Suffolk, VA at 4:00 PM. A Reception will Follow at Suffolk Christian Church Fellowship Hall, 216 N Main St.