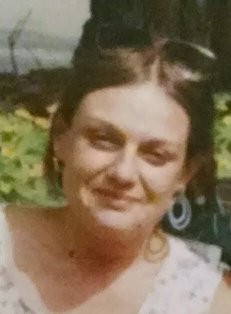 Born in Bethlehem, Pennsylvania on August 18, 1955, Jenny led a pack of four siblings as they followed in tow behind their parents. Job transfers and opportunities required many relocations until, at age 16, she at last arrived in Richmond. Jenny always had a wonderful way with God’s creatures beginning with a wounded pigeon at age 6, followed by box turtles, several strayed dogs and those high school projects yielding both a chicken and a couple of ducks. She seemed most content when in the company of such.

Upon graduation from Midlothian High School, Jenny attended Radford University followed by additional coursework resulting in her certification and position as Dietician at Chippenham Hospital in Chesterfield.

Over the years Jenny engaged in a range of continuing education pursuits, all being medical in nature – she was so very intelligent and absorbed such things readily.

Jenny touched the lives of many in a range of wonderful ways as she was a natural giver. A very talented cook with a tremendous knack for baking, she also loved crocheting scarves and throws and also creating beautiful jewelry. Her God granted gifts complemented her giving nature so well and many found themselves on the receiving end of her immense generosity. Though her complex dynamic proved to be at times hindering, her heart was always in the right place.

She was preceded in death by her parents Frederick George Josenhans, Jr. and Sarah Scott Josenhans but also by the untimely passing of her sweet daughter Emily, an angel, who was tenderly carried away by our Lord at the age of two.

Survivors include her son Karl Mulcahy, of Virginia Beach, Virginia; a sister, Joan Ellen Walton, of Henrico, Virginia; a brother, James Robert Josenhans, of Crewe, Virginia and her brother, Scott Josenhans, of Bon Air, Virginia. She also leaves behind those wonderfully supportive Tennessean Aunts, Francis Crisp & Mildred Scott, along with her cousin, Molly and her equally supportive Aunt Ruth in Hingham, Massachusetts.

The family wishes to extend special thanks to those who kindly and patiently came through for Jenny. Though too numerous for mention here, ‘Reverend Rick’ and ‘Owen’ certainly do head that list.

Jenny is missed, our hearts being made heavy by that loss but surely salved with the knowledge that she knows now only holy peace and joy, dancing at the feet of our Lord.

No formal memorial service is scheduled at this time. The family suggests your extending an extra kindness to a stranger, co-worker or family member, something even as basic as placing a smile in the mix where it otherwise might not be found and knowing it to been sparked in or by memory of her. Maybe even take time to throw some bread to some pond ducks, perhaps a city pigeon – she did love to smile and also, to spoil a critter.