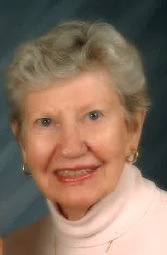 Jewel C. Petrini, 95, passed away in the presence of loving family members near Richmond on Tuesday, June 28, 2022.

Born in 1926 in the small Tennessee hamlet of Indian Mound, she grew up in a farming family of modest means.  During World War II, while still a teen, she moved to Detroit to join an older sister and work in Detroit’s booming defense plants.  After the war, she met Oliver Petrini, a musician recently returned from military service.  Their marriage, an enduring love story, lasted from 1946 until his passing in 2010.  They had one son, Edward.

Shortly after his birth, the family moved to neighboring Dearborn, Michigan, where Mrs. Petrini and her beloved Oliver made their primary residence for six decades.  Starting in the 1970s, the couple elected to escape the cold Michigan winters by spending half of each year in Ft. Lauderdale.

Meanwhile, Mrs. Petrini’s energy, empathy, generosity, and strength of spirit seemed boundless.  Whether giving practical help or just a sympathetic – and sensible — ear, she always was available for family and an extensive network of friends and neighbors.

And she actively engaged with her community.  A woman of quiet faith, she served as a deacon in her church, a volunteer (“candy striper”) at the local hospital, and an enthusiastic supporter, as a volunteer worker and otherwise, of a wide range of charities and charitable events.  An avid and accomplished tennis player and an energetic fan, she helped found, along with her husband and a small group of devotees, a Dearborn tennis club that made its new facilities available to the community.

In 2007, Mrs. Petrini moved with her husband to Richmond, to live near their son; daughter-in-law, Maureen Petrini; and grandchildren, Anna Petrini and Maria Petrini.

She asked that interment be private and that donations in lieu of flowers be sent to the charity of the donor’s choice.