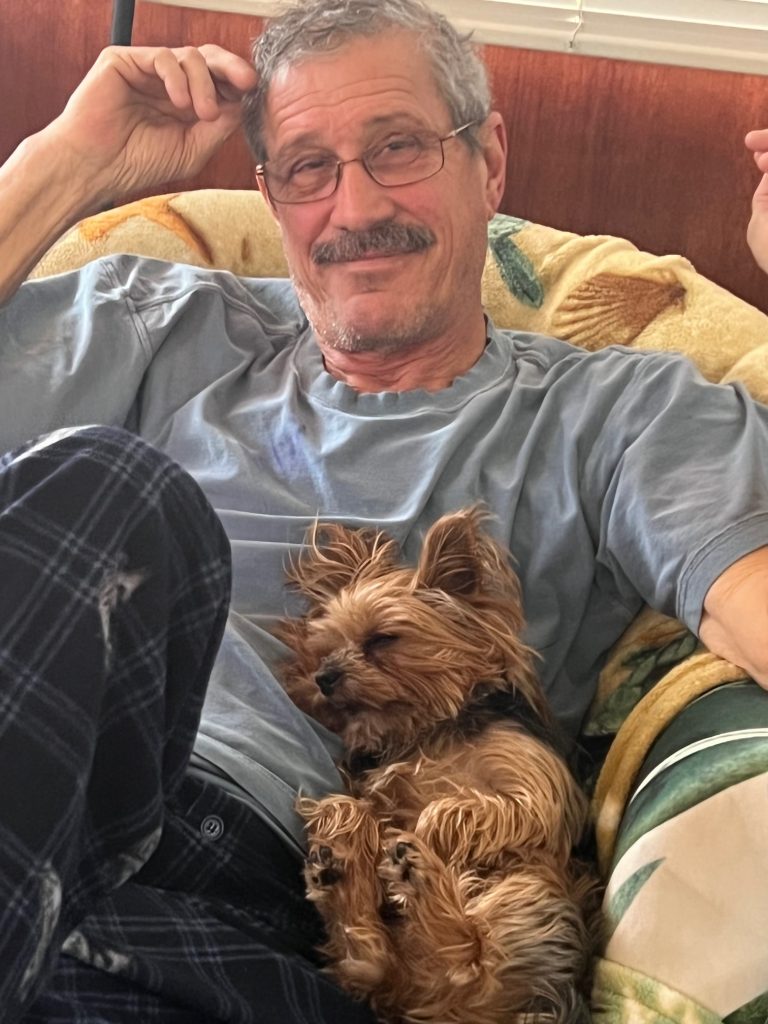 Jimmy G. Olgers, 64, of Deltaville, VA lost his courageous battle with cancer and peacefully passed away on Friday, September 30, 2022, at home on his beloved boat, Morning Mist.

Jimmy was born in Varina, VA, where he graduated from Varina High School. He developed a love for the mountains when his family visited close friends in Elkton, and he spent many happy hours enjoying water sports at his family’s property in West Point. Early in life, he developed a love of tinkering. He built and sold motorcycles from his parents’ garage, repaired lawnmowers, and worked on the cars that his friends brought by after school. His love for mechanics carried into his career repairing vending machines, ice machines, and commercial coolers, and then led him to start his own HVAC company, Controlled Comfort, in Chesterfield.

After marrying Joan Smith, Jimmy became the proud father of two daughters, Jennifer and Jessica. They were the light of his life. He would brag about their accomplishments to anyone who would listen.

His love of the water led him to Deltaville, where he started Sea Cool Marine. Whether locally berthed or just passing through, many boats in Deltaville owe their comfort to Jimmy. His motto was, “To cool it down for her or him, just pick up the phone and call Jim.” Deltaville is also where he met his fiancé, Connie. Their wedding was planned for New Years’ Eve 2022.

Jimmy was preceded in death by his father, Sam Olgers; and his brother, Jerry Olgers.

A service will be held at Noon on Saturday, October 8, 2022, at Lower United Methodist Church, 120 Lower Church Rd., Hartfield, VA.

Memorials may be made to Lower United Methodist Church or the American Cancer Society.