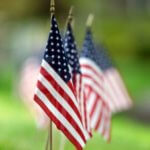 Joel Richard Aldrich, 72, a North Port, FL, resident, passed away on June 27, 2016 while surrounded by family. Joel was born in Gouverneur, NY to Carl and Mary Hughto Aldrich. Joel honorably served his country in both the US Navy and Army. He worked at Pratt & Whitney Aircraft, CT, before retiring after 35 years in 2002.

He was proceeded in death by both parents, brothers John and Carl, and sisters Marsha and Rosemary. Joel is survived by brothers Steven and Morris, his wife Sharon of 52 years, daughter Tracy (Tom) and son David (Nancy). He also leaves behind his grandchildren, Mathew, Robert, Samantha, Hannah, Jacob and Tommy; great grandchildren Aleah and Garrison.

Joel will fondly be remembered for his love of camping, golfing, fishing and his ever present witty humor.

The Aldrich Family would like to send their heartfelt thanks for the love and support from friends and family including the nurses and doctors at Johnston-Willis Hospital, Virginia. Please donate in Joel’s memory to your local Hospice.