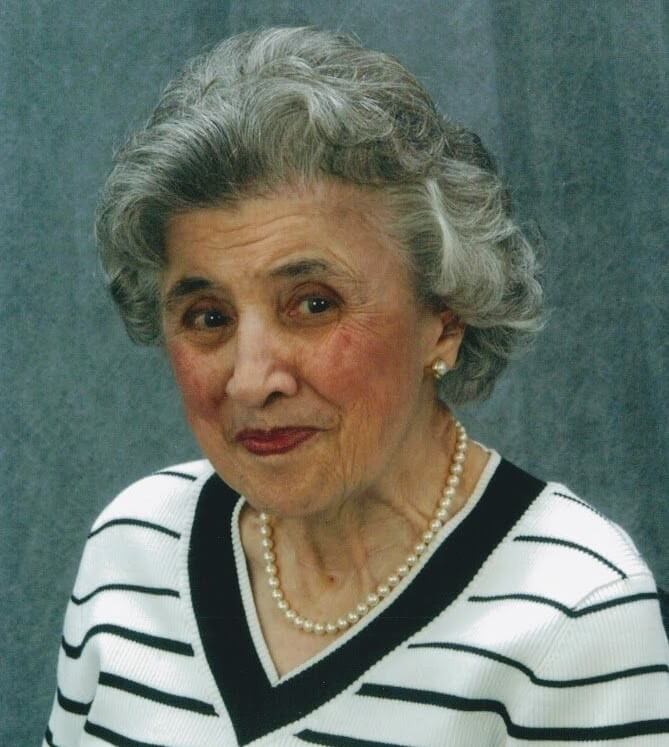 TUCCIARONE, Johanna (Jeanette) of Henrico, Virginia passed away on November 1, 2018. She had just celebrated her 97th birthday on October 21st. She had been in failing health since early October when she fell and broke her femur. She was predeceased by her parents Oreste and Rosa Carcone; her brother Albino many years ago; and by her husband Anthony in 2003 after having been married for 61 years. She and Anthony worked together running a grocery business called Florence Market in Manhattan (NYC) until 1970. They then enjoyed retirement doing much traveling. She lived most of her life in Manhattan before moving to Virginia in 2008. While in Virginia at a senior living residence she made many friends and did much knitting of mittens which she gave to many as Christmas decorations. She can best be remembered by her kind caring nature to others and her generosity toward the Catholic Church and volunteer organizations. She is survived by her son Richard in Cape Cod, Massachusetts and his partner, Janet Cardillo; daughter Linda in Glen Allen, Virginia; daughter-in-law Louise in New Jersey; grandsons Richard in Colorado (wife Wendy) and Thomas in Massachusetts; granddaughter Laura in Glen Allen (husband Ryan Graf); great grandsons Anthony in Colorado and Kaleb in Glen Allen; and goddaughter Lydia in New Jersey. A funeral mass will be held at 10:30am Monday, November 5 at St. Michael the Archangel Catholic Church, 4491 Springfield Rd, Glen Allen, VA 23060. The family will receive friends one hour prior to the service. Entombment will take place at a later date at Gate of Heaven Cemetery in Hawthorne, New York. In lieu of flowers donations can be made to Michael J. Fox Parkinson’s Foundation or a Catholic charity of your choice. Funeral arrangements by Affinity Funeral Service in Richmond VA.