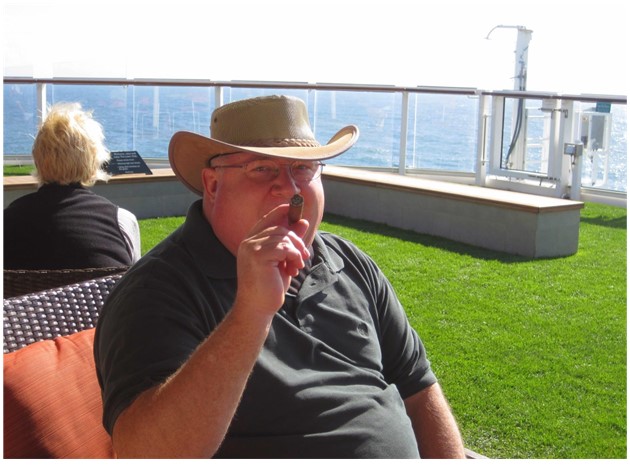 John James Quinlan III, born December 11, 1959, passed away on November 24, 2022, after a courageous 8-year battle with a rare form of dementia, Posterior Cortical Atrophy (PCA). His devoted wife Susan Hady Quinlan was at his side hours before he died along with a good friend and her pastor.

John grew up in Vermont and treasured his summers at the family resort on Lake Bomoseen. He had many fond memories of the fun he and his siblings would have near their home the rest of the year. John later graduated from the University of Vermont and went on to a 5-year stint in the Army, first as an enlisted soldier and then as an officer. He enjoyed this time in his life and loved to tell stories of how he jumped out of “perfectly good airplanes.” He went on to a career in database management and later substitute teaching.

Throughout his long disease, John appreciated everyone. He could make his wife, Susan, laugh almost to the end. True to the Quinlan motto “True to the End,” he forgave everyone and expected very little, except his IPA beer and his Notre Dame Football.

He is survived by his children, Jackie, Erin (Dylan), and Patrick; their mother, Ann (Krista); stepchildren, Charlie and Tommy Beekman (Lindsey); siblings, Michael, Anne Marie, Farrell, and their spouses; and a host of other aunts, nieces, nephews, and friends.

He was preceded in death by his father, John James Quinlan, Jr.; his mother and stepfather, Marie and Bill Medlin; and his brother, Andrew.

In memory of John, please consider a donation to the University of Colorado Anschutz Medical Campus Brain and Vision Fund. Dr. Victoria Pelak, who directs the brain and vision research at the University was John’s Neuro-Ophthalmologist and not only diagnosed his PCA, but formed a support group for her PCA patients. John adored her.

The family also thanks the caring staff from At Home Care Hospice and The Pearl at Watkins Center Memory Care Facility in the Richmond, VA area.