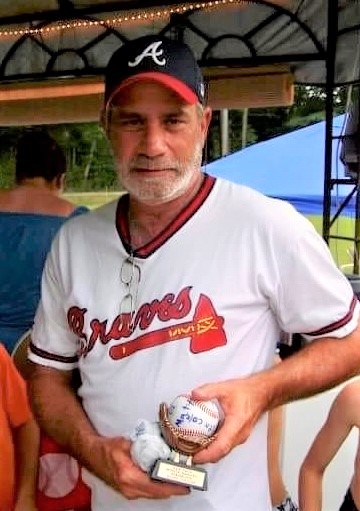 He was a graduate of Patrick Henry High School, Class of 1973. A self-made man, John opened his own business, Air Systems Company, in 1985. He was also a member of the Meridian Lodge #284 of Richmond. John had a passion for the Atlanta Braves baseball team and the Dallas Cowboys football team. John was the proud father of three children: Michael, Desiree, and Matthew. He was very active in youth sports in various roles across multiple county recreational leagues where both of his sons played. He was the head baseball coach with the Highland Springs Recreation League from 1992-1995, head coach for the Skateland Sparks hockey team from 1996-1999, head baseball coach, league vice president, and treasurer for the Varina Recreational League from 1996-2005, head baseball coach for the Fairfield Middle School Baseball team from 1999-2001, and head baseball coach with Sandston Youth Baseball from 2003-2004. John enjoyed spending time with his family, watching his favorite sports teams, and helping those in his community where he could.

A memorial service will be held at 2:00 PM on Monday, August 30, 2021, at Affinity Funeral Service, 2720 Enterprise Pkwy. Richmond, VA 23294. The family will receive friends following the service until 4 PM. Click here to view the live-streamed memorial service.

The family would like to express our thanks for the wonderful help and care given by Memorial Regional Hospital and Hospice of Virginia. If desired, friends may make a memorial contribution to the Cancer Research Institute at cancerresearch.org.