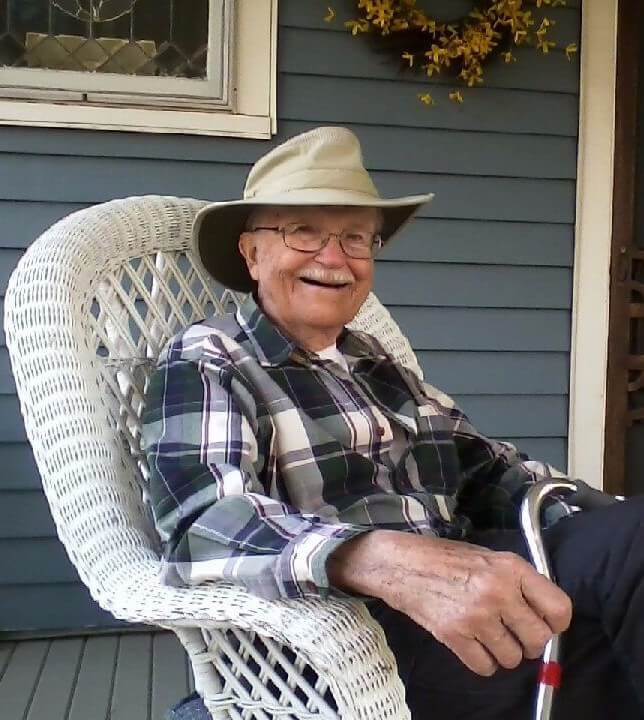 Born November 3, 1925 in Richmond, Virginia to Agnes and John W. Jordan, Jr. Died February 21, 2017. He graduated from John Marshall High School and briefly attended the College of William and Mary. He served in the Army Air Corp in World War II and the U.S. Air Force during the Korean War. He graduated from Richmond Professional Institute of the College of William and Mary (later VCU) in 1949 and received his masters’ degree from the University of Richmond. He began his long teaching career in Front Royal, VA. He worked at several Richmond City schools before becoming principal at William Fox Elementary School in 1960.

Bill married his wife, Donna Knicely, June 1, 1985. That same year he retired from Fox School and spent his last year with RPS at Plant Services. Following a 2-year sailing trip aboard Orchid Boat, he worked part-time at both the Carytown and Village Ukrop’s stores. He was a long-time member of Richmond Friends Meeting (Quakers), member of the former Yankee Point Yacht Club, a former member of the Kiwanis Club of Richmond and a former board member of the Richmond Boys Club where a camp scholarship bears his name. He was also a past reader for Virginia Voice, a former volunteer at the Hospital Hospitality House, a member of the RPI Council and a life member of the VCU Alumni Association.

Preceded in death by his parents Bill and Agnes Jordan.

Survivors include his loving wife, Donna Knicely; son and daughter-in-law, Brad and Shari Jordan of Bumpass, VA; daughter, Fran Jordan of Oakland, CA; sister, Ruth Phelps; mother of his children, Ann M. Jordan; a niece and nephew; two great-nieces and a great-nephew, and a host of friends and former students from Fox.

Mr. Jordan has been cremated and his ashes will be scattered in the sea at Topsail Island and in the Corrotoman River where he once sailed. A memorial service is planned for 2 p.m. Saturday, March 25 at the Richmond Friends Meeting, 4500 Kensington Ave. In lieu of flowers donations may be made to the Bill Jordan Camp Scholarship fund at the Richmond Boys and Girls Club of Metro Richmond, 5511 Staples Mill Road, Suite 301, Richmond, VA 23228.