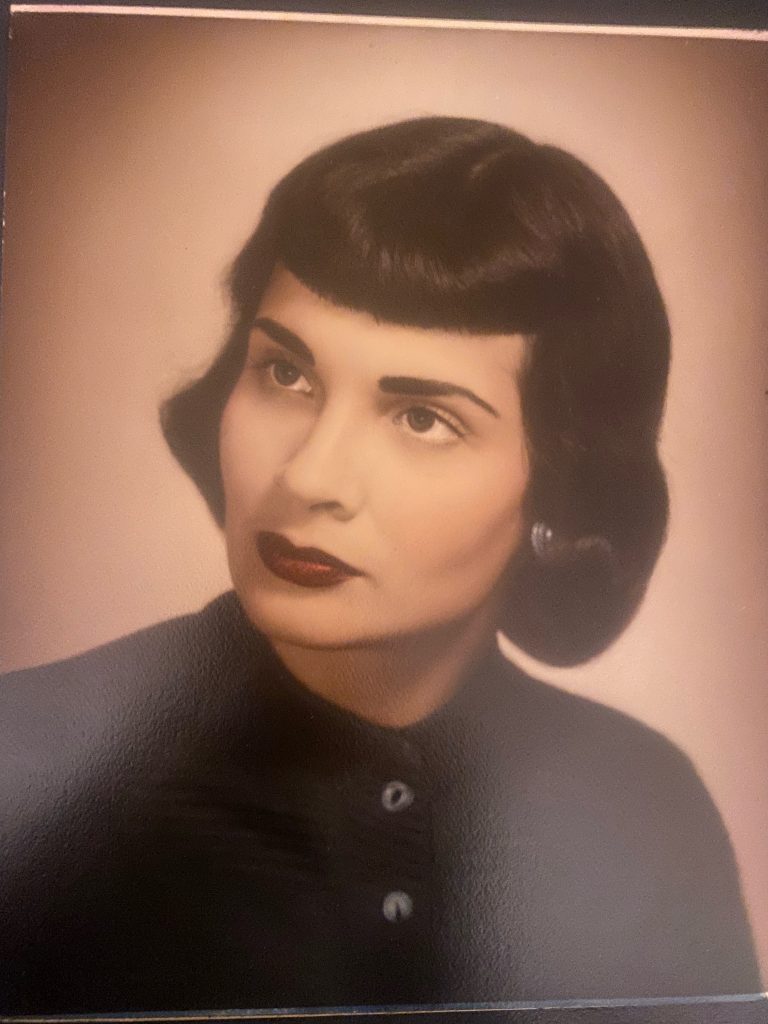 Josephine (Joie) Vicario Childress went to be with our Lord on January 14, 2022, her mother’s birthday. She was born April 7, 1930 in Sharon, Pennsylvania, to Michael and Frances Vicario. She was preceded in death by her parents and her brother, Francis Vicario. She is survived by her sister Angeline (Gene) Leonard, nephews, Michael (Elisa) Vicario, Francis (Janet) Vicario and Brian (Mellony) Leonard, nieces, Lisa (Jack) Lyons, Jolene (Mike) Hughes, Diane (Alex) Pearson, Julie (Ken) Bencetic, Mia (Jamie) Creed. She also left behind 24 grand nieces and nephews and 11 great grand nieces and nephews.

Joie was beautiful, spirited and a hard worker. She lost her mother at the tender age of 9 and grew into an independent woman with a great penchant for meeting new people. She was the oldest of three children who were raised by a single dad with the help of friends and relatives. Joie married Chic Childress in 1954 and moved from Sharon to Richmond, VA where she lived the rest of her life. She had many different jobs over the years, including working for a television station and running the leasing office for several different apartment complexes. Joie was always a lover of cats and had several of the over the years. She will be remembered for her free-spirit and quick wit.

In lieu of flowers please send memorial donations to your favorite pet organization.