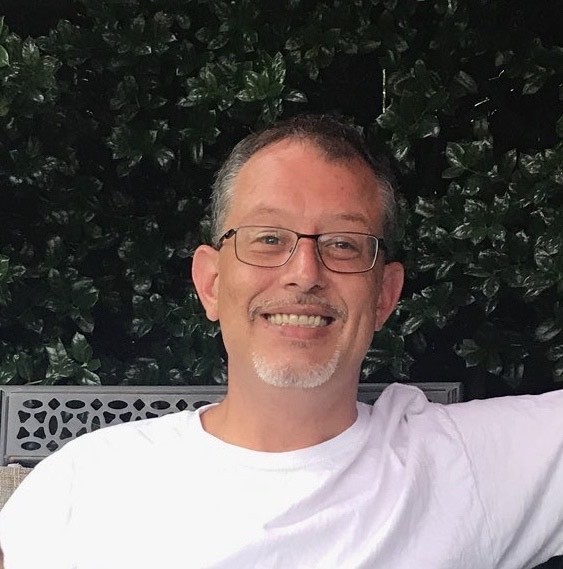 Joshua “Josh” Jennings, 45, of Richmond, Virginia formerly of Fellowsville, WV died unexpectedly on Tuesday, June 2, 2020. He was an extraordinary husband, son, brother, uncle, and friend.    Josh was born on September 4, 1974 at Fairmont General Hospital in Fairmont, WV, to Randy and Katie Jennings. He was a 1992 graduate of Preston High School in Kingwood. Together with the love of his life, Lisa, they moved to the Richmond area in 2001, later married, and would have celebrated their 15th wedding anniversary this coming August. Josh was a loving and devoted husband and the life he and Lisa built together was his proudest accomplishment.  He worked at BrownGreer PLC as an IT Specialist as well as working a second job at the historic theater, The National. Working at The National over the years allowed him to indulge in his insatiable appetite for live music.    He was an avid kayaker who took every opportunity to spend time on the James River with friends. A long-time music enthusiast, if you were fortunate enough to spend time with Josh, there was sure to always be tunes playing in the background. Year after year, he kept a beautifully landscaped yard at the home he and Lisa shared and took pride in showing visitors the fruits of his labor. He loved to go camping and for many years made the annual trek to Capon Bridge, WV where he and his closest childhood friends would spend Memorial Day weekend. He had an easy way about him, a great sense of humor, and laughs were always in big supply. Most of all, Josh was kind, generous with his attention, and had a way of making those around him feel important and loved. He left an impression on the hearts of all who knew him.Josh is survived and will be missed dearly by his loving wife, Lisa Mullens Jennings, of Richmond;  parents, Randy and Katie Jennings, of Fellowsville, WV; brother, Tim Jennings of Morgantown, WV; sister, Amanda (Josh) Martin and children, Kinsley and Cameron of Morgantown; two stepbrothers, Brian (Devonna) Jennings and children Nicholas and Ian of Spring, Texas and Rick (Angela) Jennings and children, Alexa and Mariah (Kamien) of Philippi, WV; father-in-law, Larry Mullens and Renee, Spring Hill, FL; one brother-in-law, Rob Mullens (Jane) and children, Cooper and Tanner, Eugene, OR; maternal grandmother, Nola “Susie” Harvey, Kingwood; aunts, Karen Huffman (Danny) and family, Kingwood,  Rose Mary McNeill (Dave) and family, Newburg, Paula Johnson (Roy) and family, Morgantown; Sandy Harvey and family, Karla Jennings Flores (Ernie) and family, Elkins;  two uncle, John Harvey (Anita) and family, Marquess, Francis Bud Jennings (Barbara), FL;  he is also survived by his sweet fur kids- a dog, Chico, and three cats, Mooch, Rylo, and Lucy as well as his extended family and countless friends.  Josh was preceded in death by his mother-in-law, Darlene Hardesty, whom he adored, paternal grandparent, Carl and Dorothy “Henderson” Jennings, maternal grandfather, Franklin Jr Harvey, one uncle, Michael Harvey.  Family will receive friends at Bolyard Funeral Home on Friday, June 12, 2020 from 4 P.M.– 6:30 P.M. with proper distancing and face mask required where a Celebration of Life will be held at 6:30 P.M.  A memorial service will be held in Richmond, VA at a later date. Condolences can be made at www.bolyardfuneralhomewv.com. Bolyard Funeral Home is honored to serve the Jennings family.