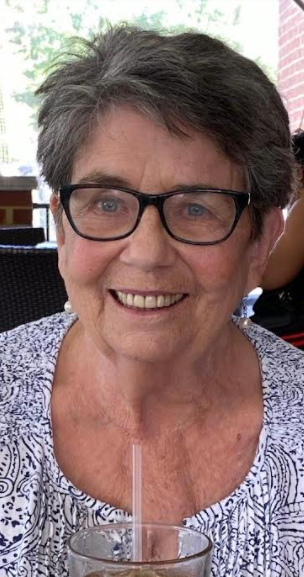 Judith (Judy) Barbara Clarke Galetta, 77, of Midlothian, Virginia, passed away peacefully in her sleep at The Chesterfield at Brandermill Woods, in Midlothian, VA on Sunday, October 17, 2021.  She was born in Hartford, CT and was the only child of Berenice C. White Clarke.  She was raised by her mother and Grandmother Bernice Humphrey White after the passing of her father, Edward Clarke, before she was born.  She later moved to East Granby, CT and graduated from Suffield High School before moving on to Nursing School at St. Francis Hospital School of Nursing, Hartford, CT.  She settled in Suffield, CT with her family of five while also brightening the lives of thousands of families as a R.N. for more than 50 years, both in CT, and later in VA.

She is predeceased by Raymond F. Galetta, her husband of over 25 years; her mother, Berenice and her father, Edward.  She leaves three children Steven M. Galetta of Lansdale, PA and his wife, Sharon; David R. Galetta and his partner, Sherri Pelski of Plainville, and Sturbridge, MA, respectively; and Meg Galetta Haring and her husband, Doug of Midlothian, VA.  She leaves eight grandchildren, whom she loved dearly, Stephanie and Andrew Galetta, of Lansdale, PA; Kayla, Michael, and Sarah Galetta, of Norfolk, MA; Nicole Pelski of Sturbridge, MA and Grace and Sasha Haring, of Midlothian, VA.

In 1989, while working as a Labor and Delivery nurse, an unfortunate incident resulted in her needing a liver transplant which she not only miraculously survived, but later went on to exceed all expectations of life after transplantation.  She thrived and continued her life of selflessness and gratitude, constantly putting the needs of others before her own.  Her contagious optimism and positive outlook on life made her a joy to be around, and a dear friend to all who knew her.

A Funeral Mass will be held at 10:00 a.m. on Saturday, November 27, 2021, during Thanksgiving weekend,  at St. Edwards the Confessor Catholic Church. Interment will follow at St. Edwards.

To learn more about Judy’s story, or to make a contribution to Donate Life America in her memory:

Donations can also be made by mailing a check to their offices at: