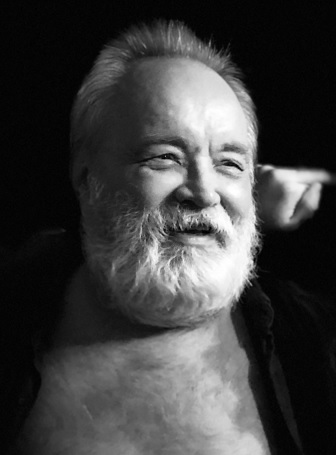 Survivors include his daughter Michelle, granddaughter Kristjen, grandson Ryan, 2 son-in-laws: Mike & Michael, and 2 step-grandchildren Evan & Haley. There are also 3 brothers, a sister, and a multitude of friends.

Ken grew up on a farm in Chicago, joined the military, was stationed in Germany where he welcomed his daughter into the world. From there he moved to Colorado, became a civil servant (first for Army and then retired Navy), and was a single dad who raised his daughter with a firm hand and a loving heart.

For a man so tough, fierce, and seemingly “closed off” to people, he sure did love them! He was a funny guy who never knew a stranger. He talked to people everywhere he went, was always talking with his neighbors, and loved to harass people when they were supporting the wrong sports teams.

He moved from Colorado just to be closer to his daughter and grandchildren who were the apple of his eye.

He would cook 3-4 large crock pots of different meals at one time, and then share bowls of dinner with his neighbors & friends (and a week’s worth to us)… just because he could.  He loved to talk about “his” birds and watched them for hours each day.

He was obnoxious, opinionated, sarcastic and swore he’d never grow up. He was also a very loyal friend, generous, a practical joker, and loved life.

Thank you to all who loved him. We will always welcome letters, text messages or phone calls when you have a memory, after all, that is what keeps him alive!!

We can rejoice in knowing this isn’t the end! One day we will see him again…..

A service to celebrate his life will be held at 5:00 pm on September 24th at Hyles Baptist Church. 7220 Courthouse Rd, Chesterfield, VA